After two weeks if ISA Track & Field, two teams have emerged as early contenders in a title run between the Islanders and Panthers. 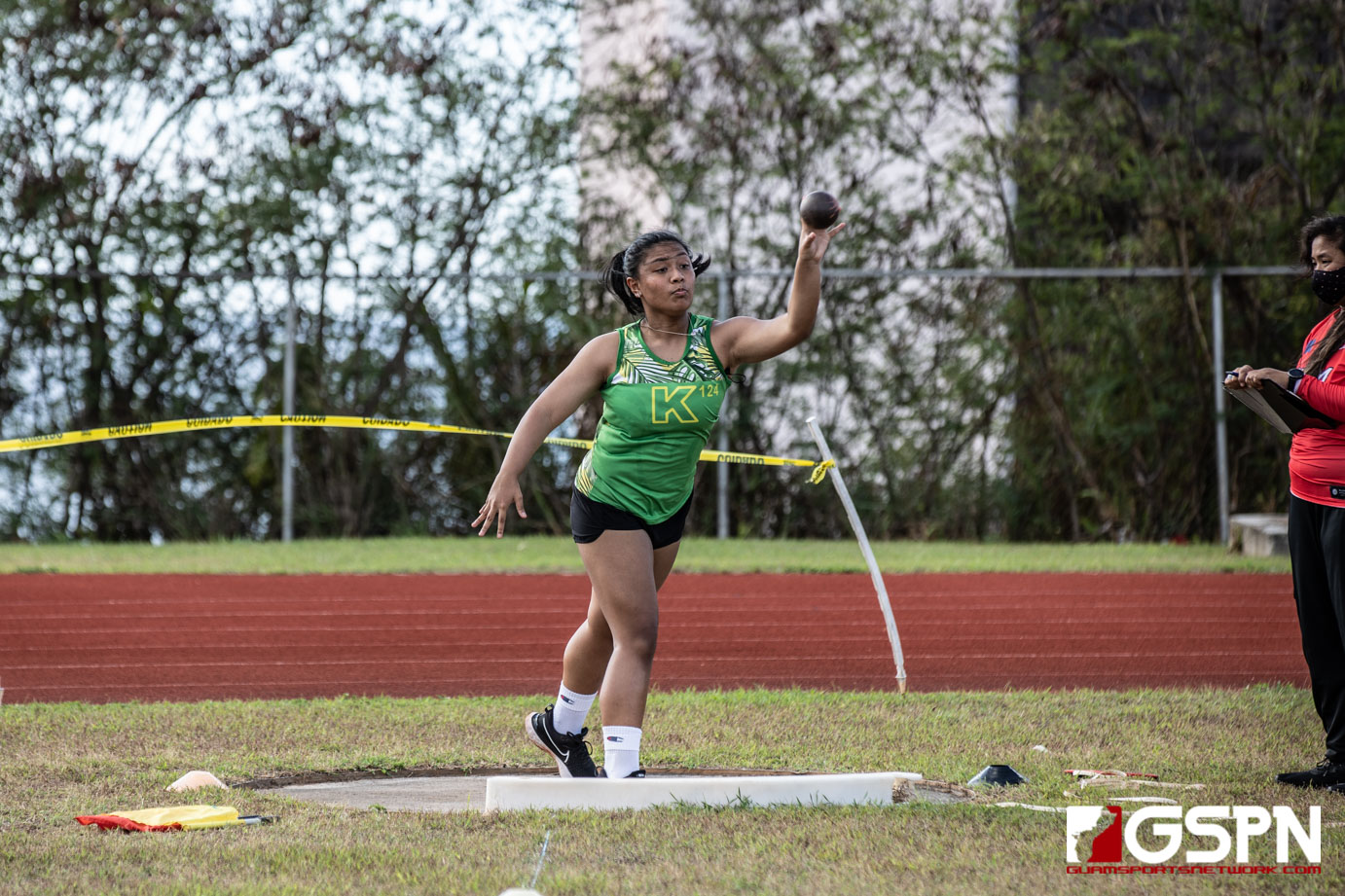 Week two is in the books for the ISA Track and Field high school season with two teams looking to make a solid run for the title. Thus far, the Guam High Panthers and JFK Islanders lead the pack with both schools producing wins in a bulk of the events.

“It’s a blessing just to compete again; I didn’t think we were going to have a season,” said Guam High sprinter Andre Johnson.

Johnson said everyone on his team is working really hard and progressing to improve their times leading up to the All-Island meet.

“It’s my senior season, I’m looking to compete but also have fun.”

“For my preparation for this meet, my coach was telling my to stay low and glide through and not float over the hurdles,” said Mendiola.

Mendiola said she has goals to accomplish for the All-Island.

“In my freshman year, I was running this event in 21 seconds and I’ve improved to 17 seconds. My goal is to beat my PR (personal record) and hopefully run a 15 or 16 second time.”

Andrew Alconaba from GW started off the meet with a victory in the 3000m event with a season PR time of 10:44. Alconaba separated himself in the final 300 meters to win the event ahead of Guam High runners Joseph Schwartz (10:53) and Trayton Crandel (11:00).

“I was just running my pace and I didn’t look back so I didn’t know they were behind me. Once I found my pace, I just let it flow for the rest of the race,” said Alconaba.

Alconaba raced against Schwartz once again in the 1500m race and opened up a huge lead. But he started too fast and Schwartz caught up to Alconaba in the final lap to win the race.

“Since cross country season, I’ve had this habit off starting off too fast. I’ve learned from this race and I’m going to adjust by starting off a little slower,” said Alconaba.