The Guam High Panthers performed well with All-Island just one week away! 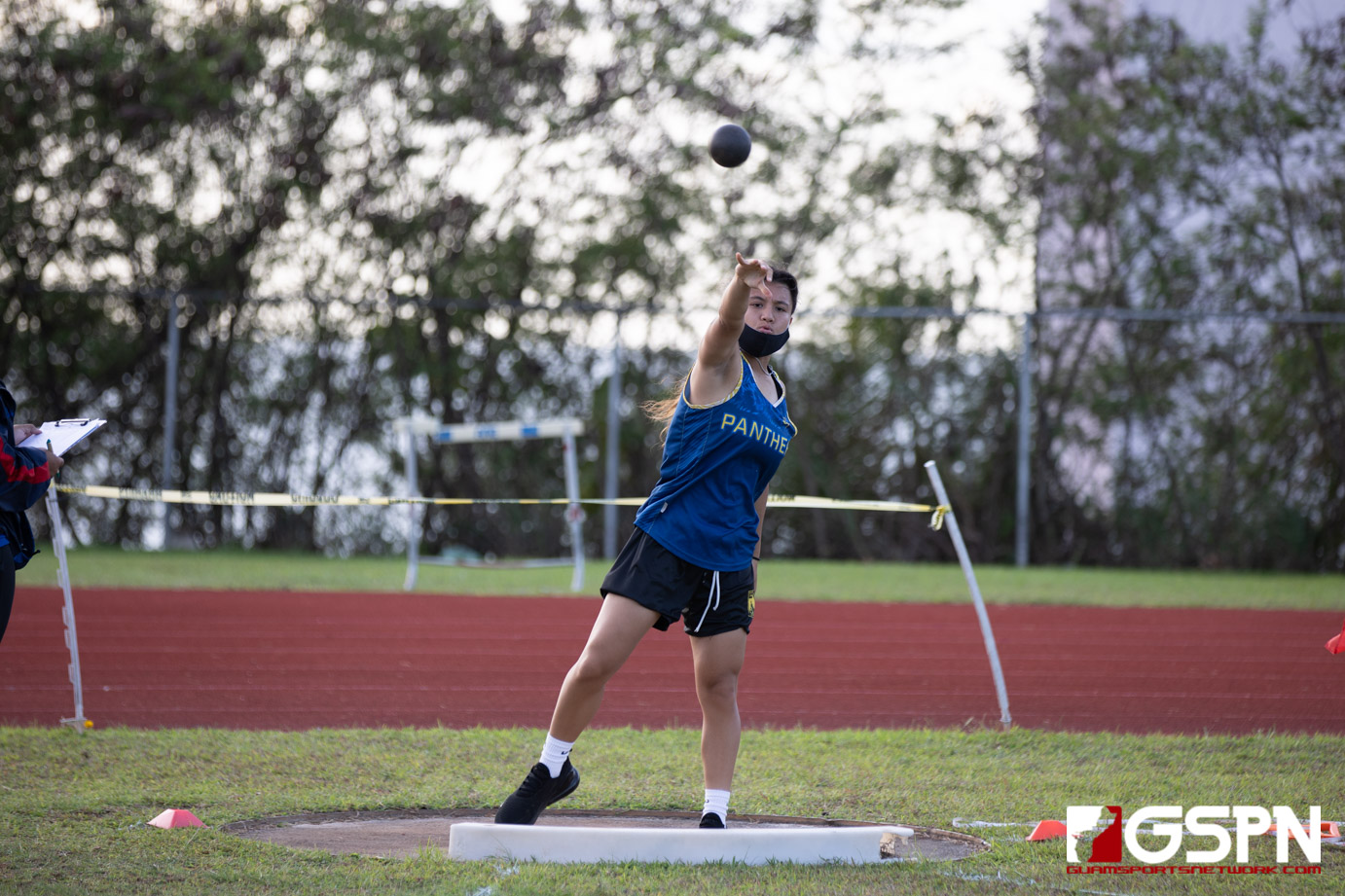 The ISA High School Track and Field League held its final meet before the all-island scheduled for next week. Athletes made their final push in their respective events to qualify for the All-Island meet which takes place next week Thursday (May 27). The top 12 in each event will qualify for the all-island which will start at 4pm at the JFK track.

Guam High senior Travon Jacobs broke the high school javelin record with a throw of 47.11 meters (previous record was 45.9) last week. He said his goal is to break the record again during the All-Island.

Jacob’s performance Friday night was a distance of 44.85 meters but he said he will give everything he has next week at the All-Island.

“As a team, we are more focused for the All-Island next week to bring home that W” said Jacobs.

Based on times and distances from the regular season, the Panthers are looking to be the favorites to win the championship in both the girls and boys divisions with the JFK Islanders knocking on the door.

“I can speak for the boys and say we are confident but we can’t be complacent,” said Jacobs. “We can’t treat practice like it’s any other day, we got to treat it like it’s meet day.”

“I know the girls have a chip on their shoulder. We have a lot of veterans that came back this year and they are focused to beat JFK and the other teams as well,” said Jacobs. The Islanders are the defending champions.

The Islanders have the advantage in the long to middle distant races in the boys division; the Panthers are sweeping the sprints and relays. It may come down to the final race which is the 4×400 relay.

Islander Mark Imazu won the 1500m race, beating out teammates Isaac Valdez and Hugh Kent. Imazu’s PR (personal record) time of 4:34.58 was good enough to qualify for the All-Island as a top seed. Valdez (4:35) and Kent (4:41) rounded out the top three which was good enough for a sweep for JFK. Finishing fourth was Guam High’s Joseph Schwartz (4:51).

“If we can set the pace and keep up with each other we can bring it home,” said Imazu.

Imazu said he needs the team to come in 1-2-3 in the distant races to have a good chance of winning the championship.

The FD Friars made a final push to get as many athletes as they could to qualify for the All-Island.

“As a team, I honestly think we are going to make some break throughs,” said FD sophomore Liam Castro. “If more of us qualify for the All-Island, it will be a big deal for us. We just need to continue to train harder.”

Log on to the link below to view the ISA qualifying times and diatances: