Guam High made a clean sweep for the 2021 title, winning both the boys and girls Thursday evening. 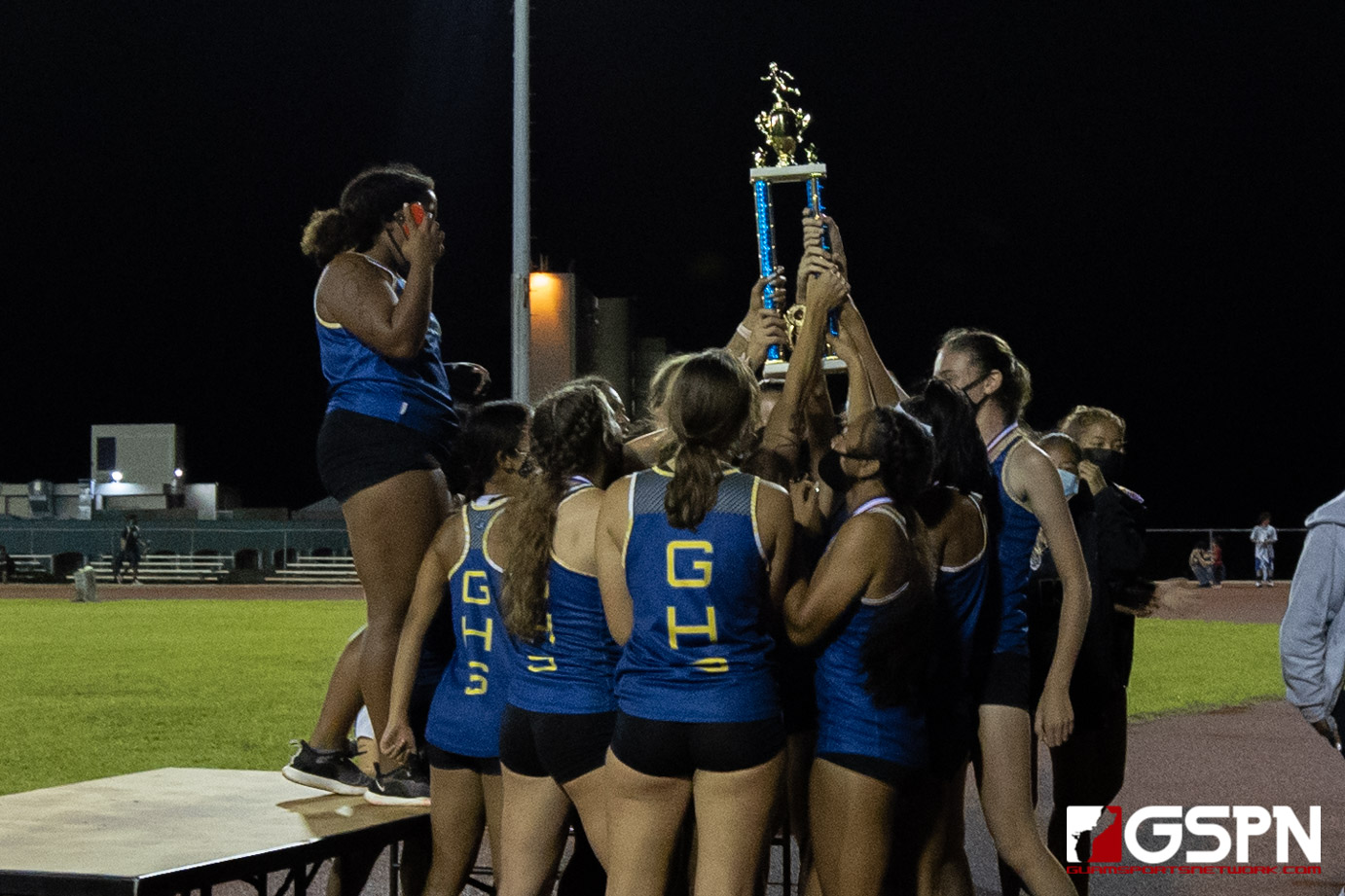 The Guam High Panthers celebrated a double championship, winning the 2021 boys and girls ISA High School Track and Field Championships at the JFK Track in Tumon.

As they have done all season, the Panthers dominated the sprinting and relay events. The stars of the evening were Andre Johnson and Kailee Guerrero, each athlete won four gold medals for the Panthers. Both sprinters won gold in the 100m, 200m, 400m and team relay.

“Since day one, we all came out and just grinded,” said Johnson. Johnson, a senior, said his team worked hard to achieve their goals and described this season as “unforgettable”.

“Our girls have such a tight bond. We get together before our races and pray. We feel that God brings us together as a team,” said Wilbanks.

“I haven’t had many coaches in my life, but he is definitely the best coach I’ve ever had.”

“He’s fast too! We were running a 10K and I looked up and I just saw him sprinting at one point,” joked Wilbanks. “He is just so supportive and God has put him in his position for a reason.”

The JFK Islander boys team gave the Panthers a run for their money. The Panthers and the Islanders won every Gold medal except for the Shot Put which was taken by Carlos Poppe from the Guam Adventist Academy.

“Coming from cross country, coach put me through more speed workouts and less long distance workouts,” said Kent. “I think I did pretty well and I’m looking forward to being faster next year.”

Kent’s teammates Isaac Valdez and Mark Imazu each came in second and third, respectively, in all three races (3000m, 1500m, 800m). The future is bright for the Islanders with Valdez (freshman) and Imazu (junior) returning next year.

The GW Geckos came in third place for the boys division. Nathan Castro and Christian Ruder combined for two silver and two bronze medals for the Geckos who steadily improved throughout the season to achieve a respectable third place finish.

Jovan Pineda from JFK won the boys hurdle events, winning the 110m and 300m hurdles. The same results were in the girl’s division with a lone athlete winning both events. Teyha Mendiola PR’d in the 100m and 300m hurdles to help the Sharks accrue valuable points to win second place in the team event. Mendiola had two Golds and a silver (4×400 relay).

Loryn Techaira from JFK won the girls shot put with a throw of 8.01m. Shirleen Espinueva won gold in the discus for the Sharks with a throw of 25.59m. Guam Adventist Academy javelin thrower Bridgette Oh had a PR of 24.40m to win gold.

Maria Cruz from JFK won the long jump event with a distance of 4.22m. In the triple jump, Aliya Jones took home the gold for Guam High with a PR jump of 9.88m.

To view all results, go online to the website below: