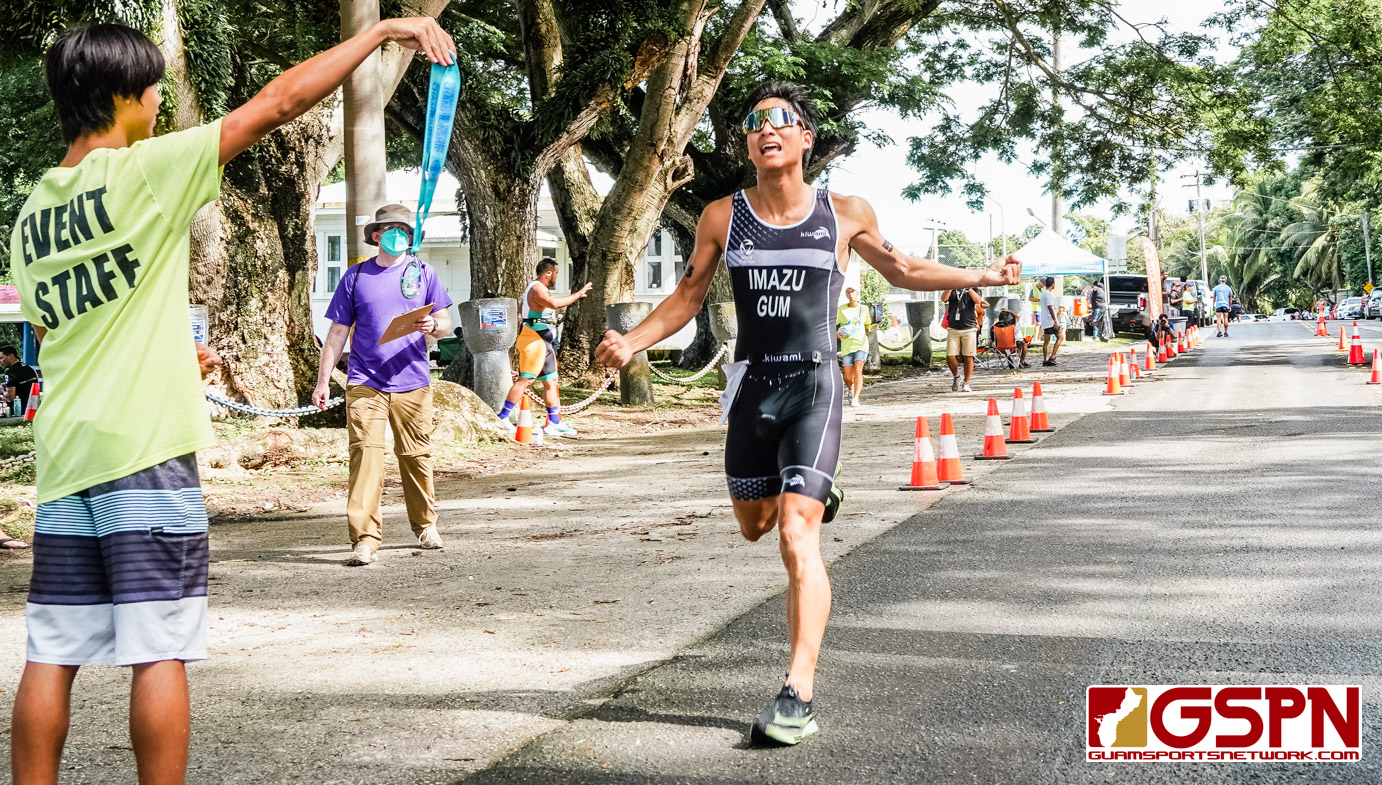 Just graduated from JFK high school and a newly-minted adult at 18, Mark Imazu is now entering ‘the real world’.

Imazu took on the challenge and won, taking the top men’s spot in the Guam National Triathlon Championships in Malesso in a time of two hours, 18 minutes and 34 seconds.

“This triathlon was a very special one, one that contained so many mental fights and challenges.”

“I gave my everything into every sport and did whatever I can to grab that national champion name. The swim was long enough this time to be a huge factor to my victory and I am glad they gave me that fair play.”

Imazu led from the start after a strong swim that began and ended at the Malesso Pier. Second place finisher Ryan Matienzo (2:20:45) closed the gap somewhat in the run, but Imazu had enough of a lead to cruise in for the win.

“Today’s race showed our results from what we’ve been training for from the past month,” Imazu added.

Mieko Carey was the first female finisher at 2:31:24. Not bad for being 44-years-young and still killing it. She competed in her first Guam triathlon in 2007.

“The Guam National Triathlon course is one of the toughest ones with heat and running up hills two times,” Carey said. “But one of my favorite races because of the two laps of bike and run, athletes seeing each other on the course which I love! We are sharing our passion for triathlon and we are cheering each other to support the fight against ourselves to get to the finish line.
It was hot but I think I pushed myself and gave all today.”

Carey doesn’t qualify for the Guam national title because of her citizenship. That title went to Aliiza Haun, who finished in 3:10:43.

Superstar Manami Iijima-Martin skipped the event because of an illness.