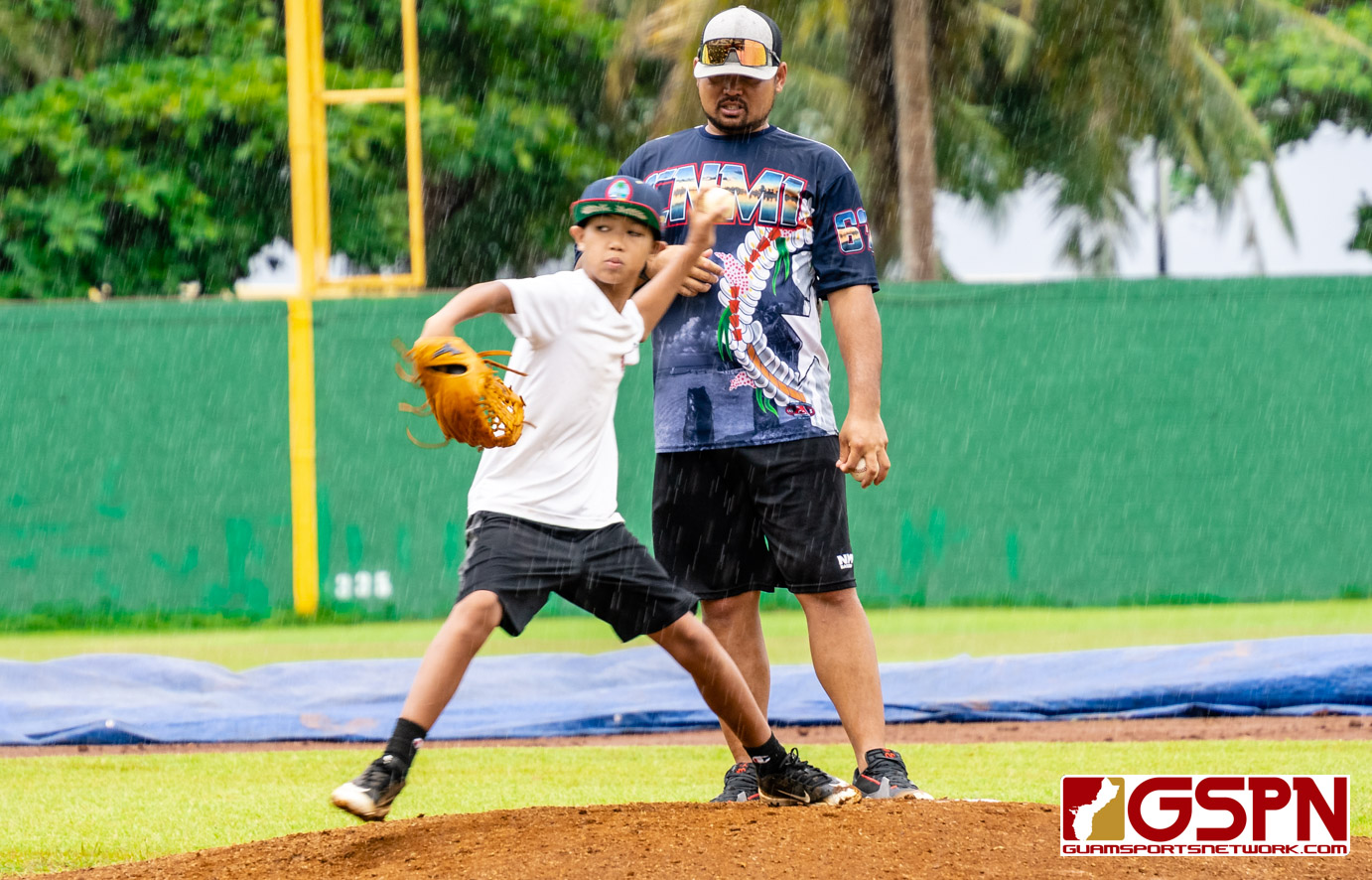 Josh Jones may have beaten us on the biggest stage of regional baseball (a few times), but he didn’t hesitate to share his knowledge of the game with Guam’s interested young pitchers.

Jones spent late Monday afternoon, his one-day layover on Guam from Saipan on his way back to Arizona, showing and sharing his skills at the Josh Jones Pitching Clinic at the Paseo Stadium.

The slots were limited to just the serious young pitchers who wanted to learn as much from a proven winner who’s displayed heroic gold medal performances in the 2011 Pacific Games and the recent 2022 Pacific Mini Games in his hometown Saipan. (Read ‘The Unthinkable’ here)

Assisted by UOG Tritons head coach and former Guam national pitcher Roke Alcantara, Jr., Jones spent more than two hours going over the importance of warming up, stretching and long toss before taking to the mound to go over the sure presence of owning and controlling the bump.

Each participant ranging from 12 to 16 years old got a chance to throw off the Paseo Stadium mound under the watchful eye of Jones before the rain came down pouring.

Despite the downpour, Jones finished off the last hour of the clinic in the stadium’s umpire room going over pickoff moves to first and second base as well as defensive fielding.

It was what he taught them during the clinic, Jones said, that he stayed true to the game and in turn took him through international competition and stateside college ball and eventual hero status.

“I wish I had more time to spend with the kids here on Guam,” Jones said. “Next time, we’ll make sure to spend more time here.”

Special thanks to Mighty Purple and Wendy’s Guam for supporting the participating young pitchers with gift certificates.