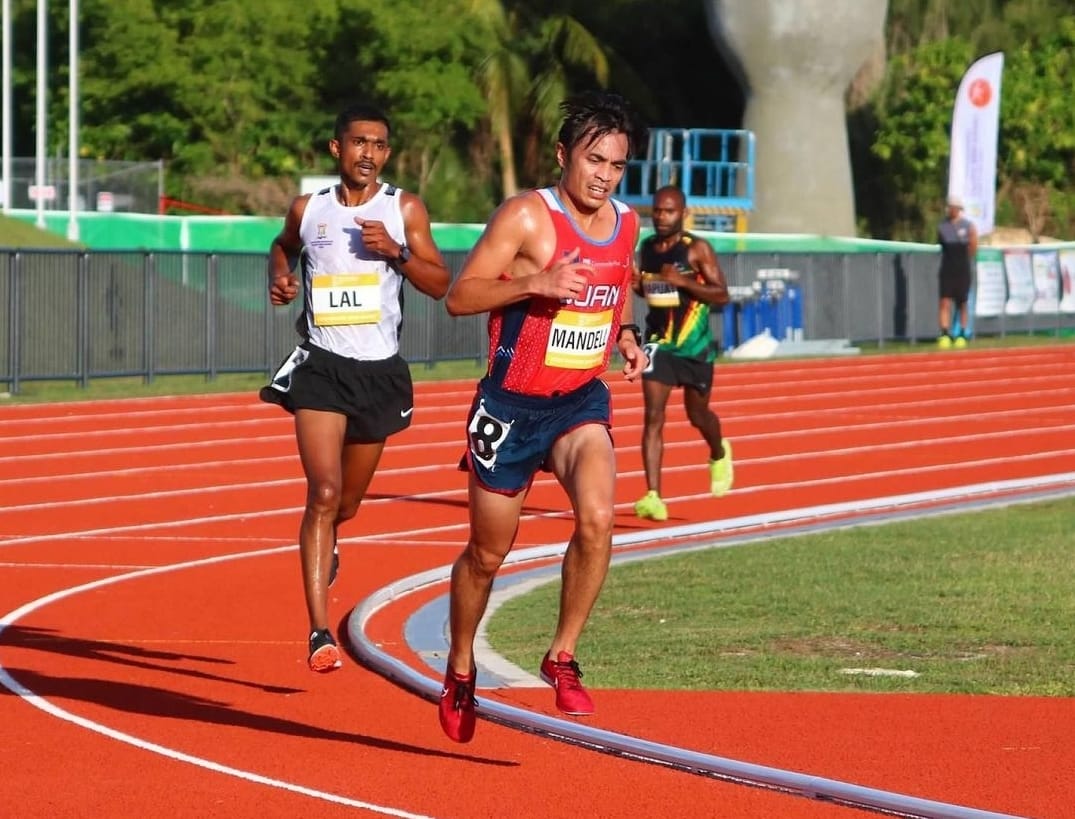 Genie Gerardo highlighted Guam’s track & field team with a national record in the shot put at 11.66 meters at the opening day at the track of the 2022 Pacific Mini Games in Saipan.

Madison Packbier (13.44 sec) and CarriAnn Cabral (15.55 sec) failed to advance. Cabral was 7th of 7 in Heat 1 and Packbier was 6th of 7 in Heat 2. The three fastest qualifiers were all from Papua New Guinea, with the fastest time at 12.01 seconds. Later in the night in the finals, the gold medal runner clocked in at 11.98 sec.

The pair will run in the semifinals on Wednesday at 4:30 pm.

Gerardo’s new national record still was short of the podium as her toss put her in fourth place. Teammate April Flores finished behind her 5th place at 8.86 meters out of eight participants.

Two-time Olympian Derek Mandell just missed the podium as well in the 10K, coming in fourth place at 35:56.72. The top finisher from Papua New Guinea blazed in at 33:04.04. At 36 years old, Mandell was the oldest of the 10 runners in the event.