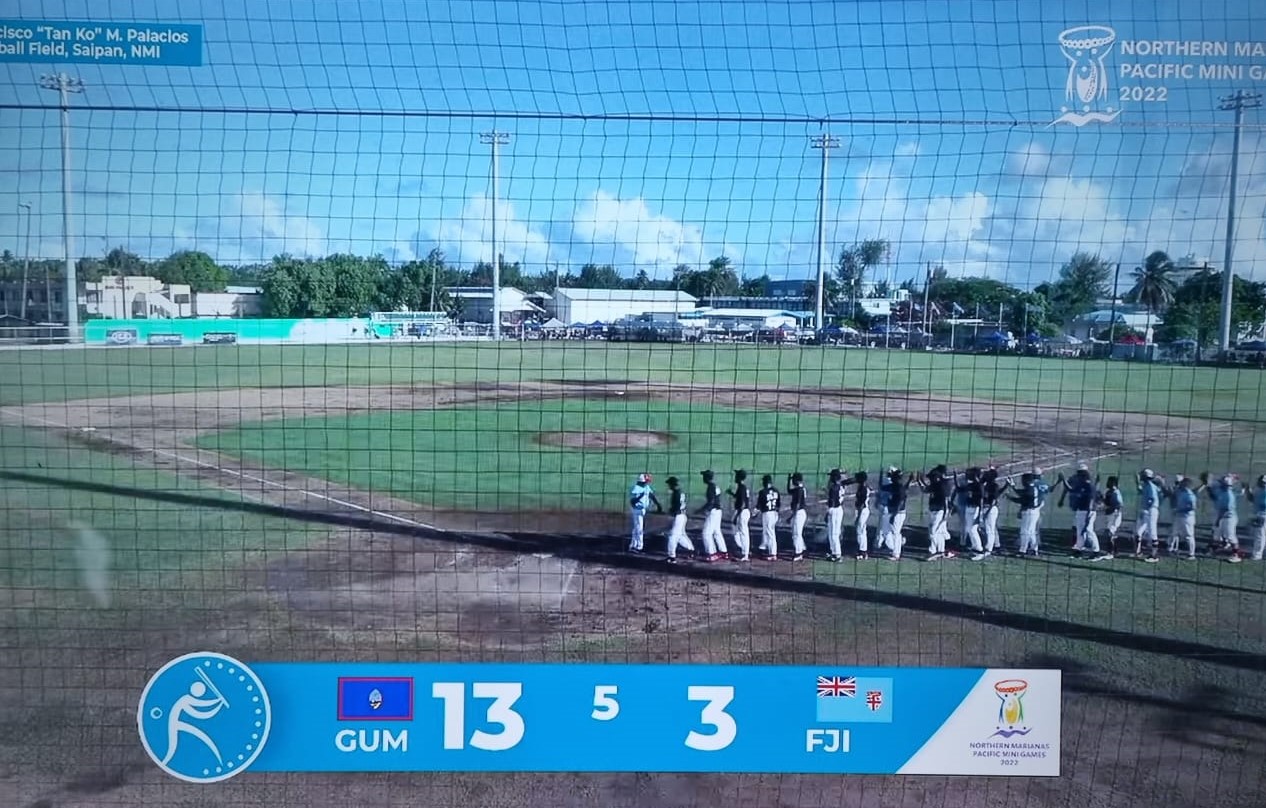 The 2022 Pacific Mini Games Opening Ceremonies were spectacular in Saipan with a beautiful display of cultures and a stunning drone show to cap off Friday evening.

Thus far, tennis and baseball have started their pool play and both teams suffered both wins and losses. The Guam National Baseball team had to go against the home team CNMI and lost 4-1 in front of a capacity crowd to open the Games Thursday night.

Baseball quickly bounced back and jumped to an early 6-0 lead against Fiji on a hot Saturday afternoon with Guaifon Terlaje as the starting pitcher. Jathan Muna-Barnes had a three-run triple in the bottom of the second inning to help Guam jump to a 3-0 lead.

Team manager Joe Tuquero used the game to let his bench get some experience and they finished the game off in the fifth inning, winning by a 10-run mercy rule with a final score of 13-3.

The baseball team will have the day off tomorrow and will play the Solomon Islands at 7 pm.

The young Guam National Tennis team started the Games off with a pair of singles victories. Fremont “Monti” Gibson and Sydney Packbier winning their singles matches against the Kirabati women’s team.

Packbier and Gibson had no rest and were tasked with playing the doubles event and lost (2-4, 2-4), settling for a tie against Kirabati. Despite the loss in doubles, coach Michelle Pang said the two young prospects played well in their respective debuts in the Pacific Games.

It came down to the doubles event to decide the team winner in the mens game and Guam’s doubles team composed of Camacho and Aarman Sachdev lost to PNG’s Mainguy and Aymeric Mara (2-4, 0-4).

“I feel that the singles win gave us confidence for the next upcoming tournament especially since my partner (Packbier) and I are so young playing against experienced players,” said Monti Gibson.

“Our singles win felt great because we didn’t send a women’s team to the last Pacific Games,” said Packbier. Packbier said that she was to represent women’s tennis on Guam and is excited for the next generation of female players to come from the island.