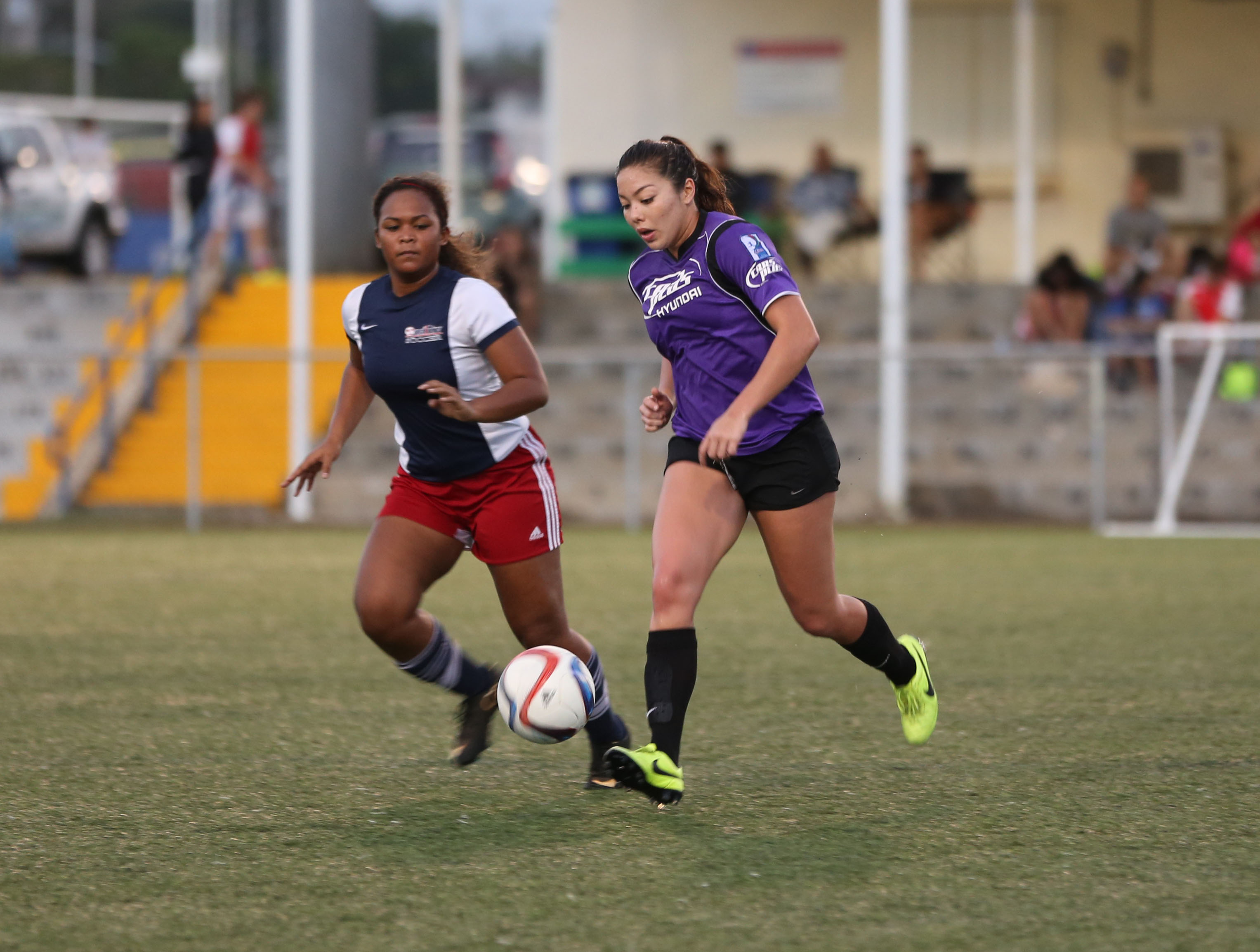 The Lady Crushers edged the Lady Rovers 3-2 in the second half to prevail 4-3 at the final whistle. The Lady Crushers’ Skyylerblu Johnson scored the team’s first goal off a header from a Colleen Naden corner kick in the first half and later, the eventual game winner in the contest in the 75th minute. Naden and Anjelica Perez also scored one each in the win.

In the league’s other opening week match, the Isla Paint and Roofing Supply Lady Strykers defeated the Islanders 3-1. Alexy Dacanay and Christina Duenas scored in the 80th and 86th minute, respectively, to salvage a match that was leveled in the 64th minute on a Lady Strykers’ own goal. Yae Kawauchi scored the Lady Strykers’ first goal in the 12th minute of play.

Southern Heat received a bye in the first week of play.

The Women’s League takes a break for Valentine’s Day Sunday and will resume play Feb. 21 with the Lady Crushers taking on the Lady Strykers at 5 p.m. and Southern Heat playing against Quality, also at 5 p.m. Hyundai and the Islanders play the late match, kicking off at 7 p.m.

The month’s schedule is online at http://www.guamfa.com/all-leagues-womens-regular-results