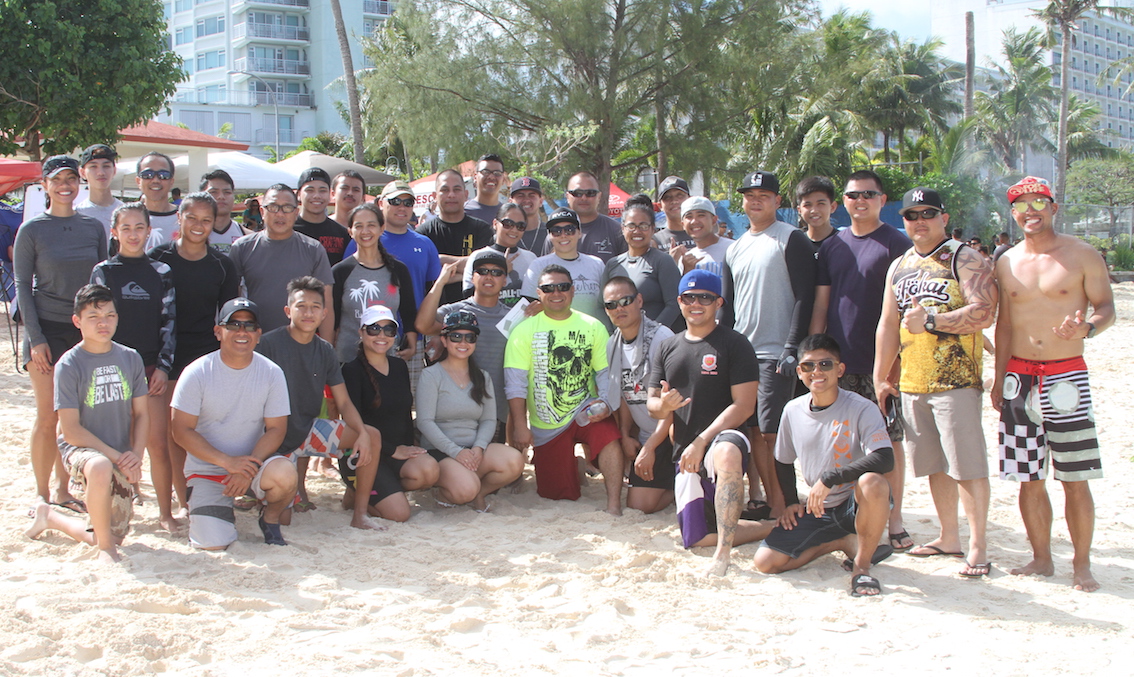 The races featured teams from each of the Guard’s four major commands (1st-294th Infantry Regiment (Battalion), GUARNG Element and Itty-Bitty-Units (GE-IBU), 105th Troop Command (105TC), and the Guam Air National Guard (GUANG)) contending in 400 and 800 meter distances with points awarded to the top finishers in each heat. Additionally, a “surprise event” added a diversion and fun to the races.

Going into the third and final event, Battalion was leading with 8 points, followed by GE-IBU with 7, 105TC with 5 and the Air Guard with 2. The final paddling event, a “surprise” race, had each of the teams’ twenty members jumping in a sack and paddling with their hands.

The teams, which were required to field half the boat with service members and the other half with family members, featured youth, veterans and many first- time paddlers which made for a fun and challenging event – one that will be around for future General’s Cups!

A water balloon toss and sand castle building contest kept the young “engineers-to-be” entertained while their parents paddled. Prizes were awarded for the most creative in three age categories. But, in the end, all children were allowed to keep the buckets and shovels and also received gifts from the Family Programs Office just for participating.

Winners of the Sand Castle Building contest were:

The Generals Cup provides an opportunity for Soldiers, Airmen, retirees and civilian employees of the Guam National Guard and their families to participate in sports events that aim to foster camaraderie and promote positive competition among units, as well as promote continuing physical fitness that is so important to the readiness of the Guard force.

In the next few months, the General’s Cup will continue with Bowling, Beach Volleyball and Basketball.

For more information on the General’s Cup 2016, please contact Maj.