10th edition set for next Saturday. 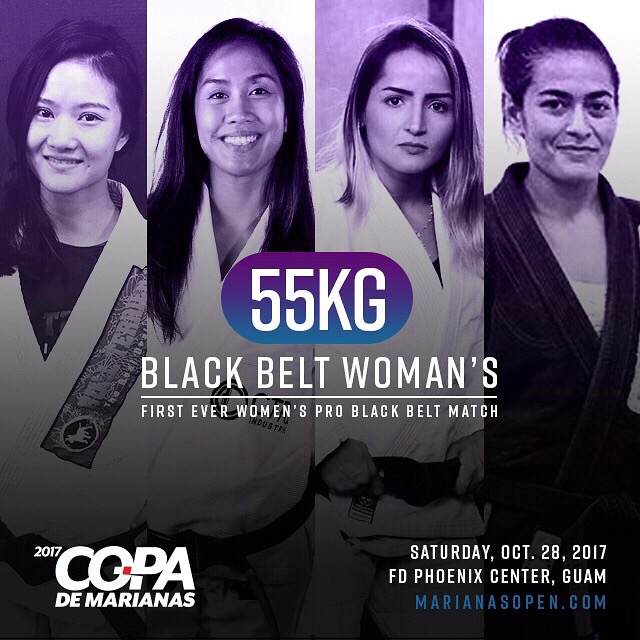 PRESS RELEASE – Fury Promotions announces the 2017 Copa de Marianas BJJ Gi | No-Gi Championship Tournament will be held on Saturday, October 28, 2017 from 8 am -5:30 pm. The tenth Copa de Marianas (CDM) will feature the first Women’s Black Belt Division (55KG) with elite competitors from around the world to compete for a combined cash prize of $4,000. A Master’s Division (37 years and above) was also added this year, for all belt levels (White to Brown). Other divisions include: Kids, Teens, Female, and Adult Divisions.

Steve Shimizu, the owner of Fury Promotions, announced his commitment to advancing the time-honored art of Brazilian Jiu-Jitsu in Guam and promoting our island.

“The goal of the Marianas Open and Copa de Marianas has always been to have the best from around the world come to our island to compete here to allow our local competitors a chance to compete with the best, to train with the best, and to learn from the best. It has also been our mission to put Guam on the map to showcase our island Paradise, as well as to show the rest of the world the high-level athletes that we have coming out of our local academies.”

Copa de Marianas is open to the public, all ages are welcome to attend the event – tickets will be sold at the door. Food and vendors will also be on site.

Registration is ongoing and will close on October 23, 2017 at 11:59pm. Competitors can register at MarianasOpen.com.