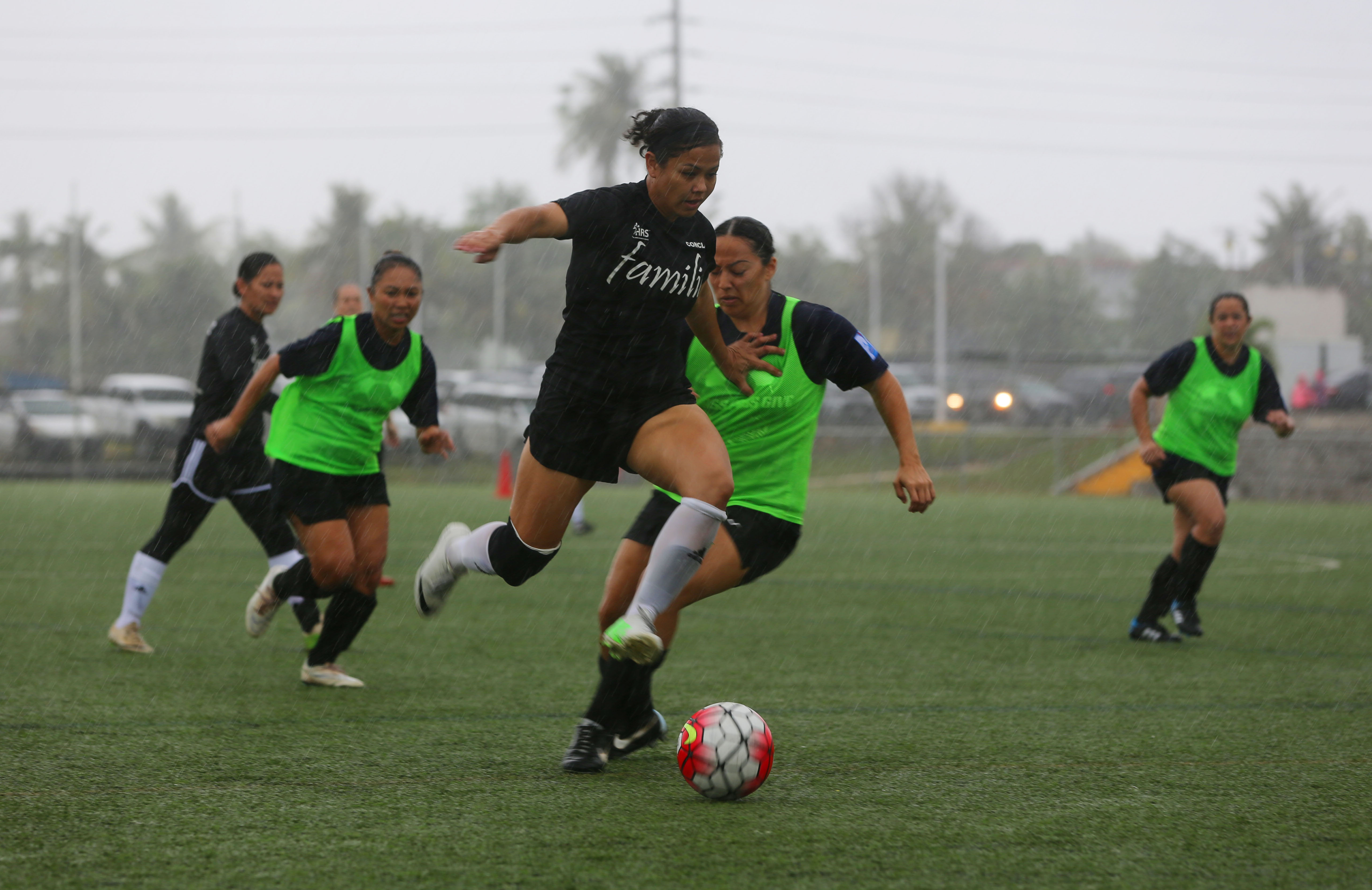 FC Familia’s Anadee Aguigui powered to the top of the Golden Boot race with four goals against Team Mosa’s and teammate Erin Retuyan also scored in the win. Sara Pleadwell scored both of Team Mosa’s goals.

In the day’s other W2 division match, the University of Guam Tritons picked up their first win of the season in a 3-1 contest against the Bank of Guam Strykers W2. Elisha Benavente scored twice for UOG and teammate Koholalii Maertens also scored. Camarin Uncangco scored Strykers W2’s lone goal in the contest.

Following Aguigui in the W2 Golden Boot race are Strykers W2’s Maria Nededog, Retuyan and Deana Fernandez of FC Familia, Pleadwell, and Benavente, all tied with two goals each.

In the division’s Golden Glove race, Calvo’s SelectCare/ISC Team Slay’s goalkeeper Kathryn Castro leads the list with no goals allowed in 80 minutes played and one clean sheet. In second and third spots are UOG goalkeepers Amy Besagar and Janice Piolo, respectively, sharing duties in the net.

In Bud Light Women’s Soccer League Premier Division matches Sunday, no changes in the order of teams in league standings were recorded after Week 7 matches.

The undefeated Personal Finance Center Lady Crushers continue in the No. 1 spot with a 13-0 victory over No. 6 Nutrition Mission Heat. The Lady Crushers featured seven different goal scorers in the contest with Anjelica Perez leading all with a hat trick. April Talledo, Skyylerblu Johnson, Colleen Naden and Maria Abbey Iriarte each scored twice and Simie Willter and Katie Wendal scored one each in the win.

In the early match, No. 3 Quality Distributors defeated the No. 5 Bank of Guam Lady Strykers 4-0 with two goals from Jalana Garcia and one each from Sabrina Wiegand and Paige Surber, all scored in the second half of play.