Led by Manami Iijima, Guam has 10 triathletes taking on the Ironman 70.3 World Championships 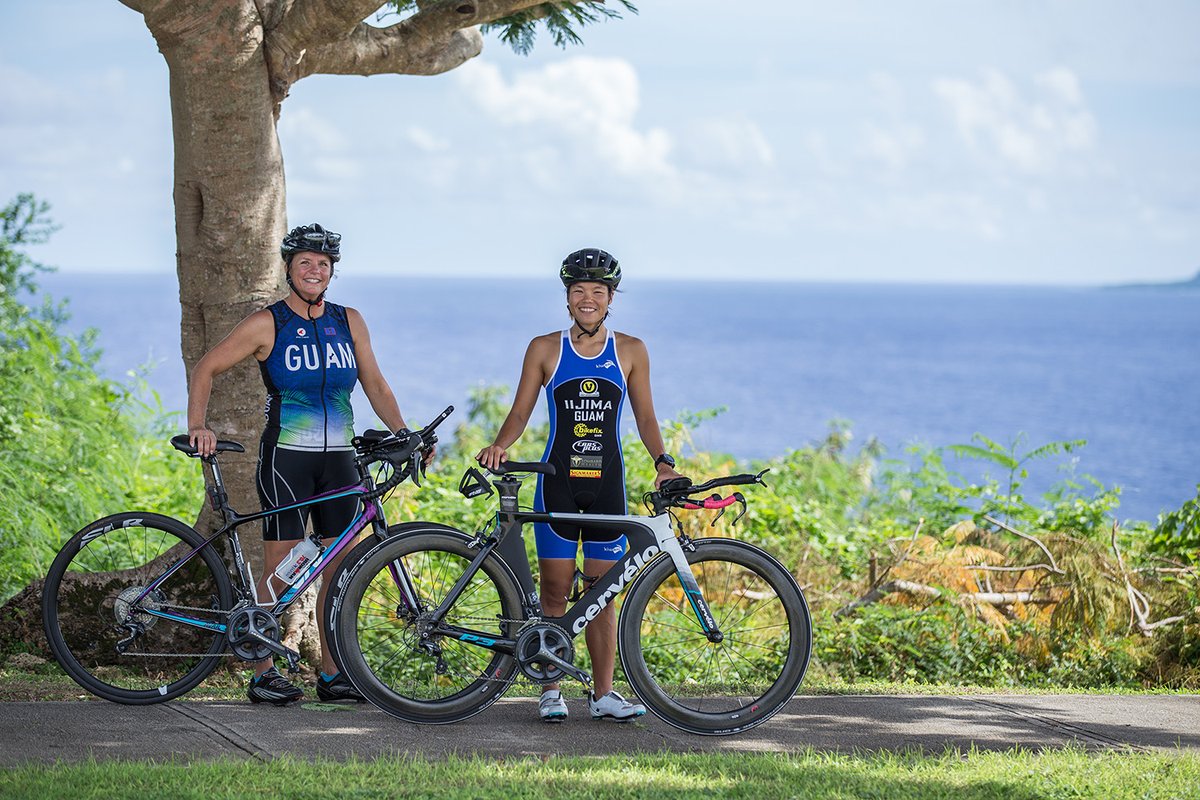 (feature photo of Prof. Michelle Santos and Manami Iijima is courtesy of the University of Guam)

Several local triathletes have a big weekend ahead of them as they compete in the Ironman 70.3 World Championships in Chattanooga, Tennessee. The athletes qualified for the distinguished race by doing well in the inaugural IM 70.3 Saipan and the extremely tough IM 70.3 Subic Bay, both races were in March of this year.

The race, named the 70.3, is also known as the half-ironman. The reason being the 70.3 miles covered in the race is just half the distance covered in a full-ironman race (140.6). Racers must first complete a 1.2 mile swim before cycling for 56 miles and then finishing off with a 13.1 mile half-marathon run.

All three legs of the race must be completed within 8 hours and 30 minutes.

Guam residents will be proud to know that the island will be well represented by many of the island’s best triathletes.

Leading the way is recently turned professional Manami Iijima. Many know of Iijima as a long time competitive swimmer that started winning local running races. Iijima, with the help of Guam National Cycling Champion and fiancé Jon Martin, has made great improvements in cycling over the past year and now is Guam’s rising star in triathlon.

Recently crowned Guam National Triathlon champion Arthur Guerrero will also be competing this weekend. The veteran qualified by placing first in his age group at IM 70.2 Saipan. Also toeing-the- line at the championship is Dr. Michelle Santos, professor at the University of Guam. Santos is part of the group that took advantage of the nearby Saipan race to secure her spot in Tennessee.

Other racers making the trek are listed below. You can follow all the race action on www.ironman.com. The women’s race begins at approximately 7:30 am EST on Saturday (9:30 pm ChST) and the men’s race takes place at 7:30 am EST on Sunday, September 10th.