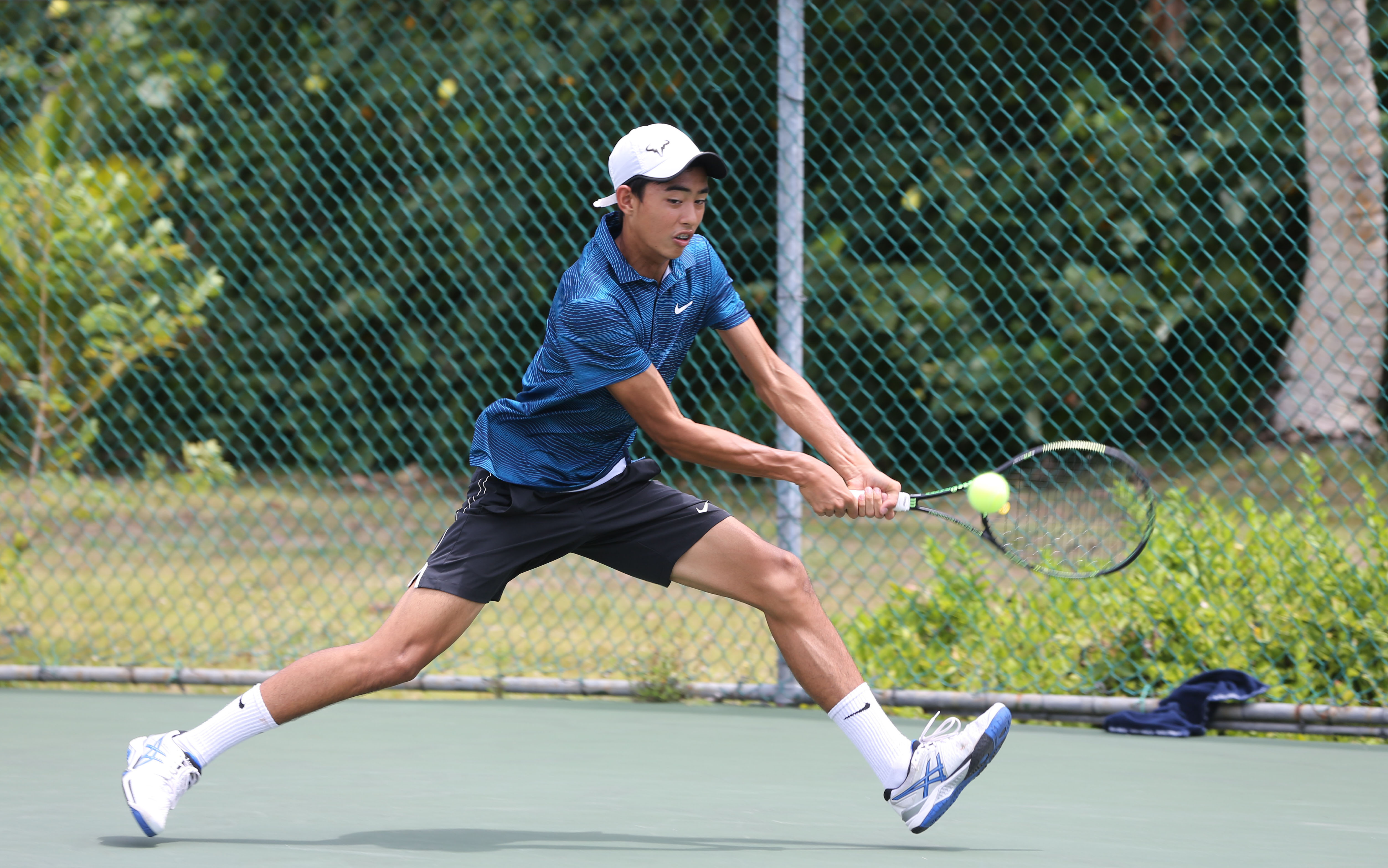 “Just a few years ago, competing at the Davis Cup event under the Guam flag was just a dream, but the time has finally come and it’s definitely exciting,” Smith said. “Guam had always been a Class-C nation with the ITF and players from Guam could only play in the Davis Cup by competing for selection against the best in the region for a spot on Pacific Oceania’s team. With the work by the GNTF over the years and members of the local tennis community, we were able to elevate Guam’s status as a Class-B nation in 2016, voted in unanimously by the ITF member body for promotion based on our development and involvement in tennis with the ITF.

“Many top players in the world have considered playing in the Davis Cup, representing their respective countries, the highest accomplishment in their careers,” Smith added.

Of the four players selected, only Llarenas has previous Davis Cup playing experience. Llarenas first played for Pacific Oceania in 2011 and has since been called up four other times. He has competed in 21 different ties, with a 2-1 record in singles and a 17-4 record in doubles. Llarenas and Cook Islands’ Brett Baudinet are listed as Pacific Oceania’s best doubles team to date with an 11-2 record, according to the Davis Cup Web site. Llarenas currently is an Assistant Coach for the University of the Pacific men’s tennis team, with Cajigan among players listed on the Tigers’ roster. Cajigan also played under Llarenas while attending John F. Kennedy High School. In two years at JFK, he was nearly unrivaled on the tennis court, earning the IIAAG Tennis League boys champion title both years. He moved on to play at the intercollegiate level for University of Hawaii at Manoa before transferring to the University of the Pacific.

Huynh joins the team with previous professional level playing experience in the ITF Pro Circuit under the Guam flag. He was born in Guam to a family of tennis greats, including older sister Wendy Huynh, one of Guam’s former top women’s tennis players. In the years preceding the Guam F1 Futures, Jean-Pierre Huynh featured in the Guam International Tennis Open, an international tournament organized by the Hilton Guam Resort & Spa, and lifted the champions trophy in the mixed doubles division with his younger sister. He also finished in the top eight in the singles main draw.

Caldwell, 17, is the youngest player named to the squad. Caldwell is one of Guam’s top junior players to make his mark at tennis’ highest levels. For the past two summers, Caldwell was one of about a dozen scholarship recipients in the Pacific Oceania region for elite-level tennis training at the ITF/OTF Pacific Training Center in Fiji, which included entry into ITF Junior Circuit tournaments in the region. He earned his first singles main draw win on June 13, 2016, a three-setter against Australia’s Sohil Hitesh Shah, 3-6, 6-2, 6-2.

Davis Cup, the “World Cup of Tennis,” began in 1900 and has since become the world’s largest annual international team competition in sport, with 132 nations entered for 2018 competition, the Davis Cup Web site states. In Group IV’s Asia/Oceania region, Guam and 11 other countries will compete for promotion to Group III in 2019. Only two of the 12 countries will be promoted.

In this file photo, Guam’s Danny Llarenas plays a forehand return to No. 7 Bumpei Sato of Japan during Round 2 of the 2013 edition of the Guam F1 Futures tennis tournament, an ITF Pro Circuit event currently called the King’s Guam Futures tennis tournament presented by Hilton Guam Resort & Spa and Docomo Pacific, at the Hilton Guam Resort & Spa tennis courts. Llarenas has been selected to play in Guam’s debut in the Davis Cup by BNP Paribas in Oman in January.

In this file photo, Guam’s Danny Llarenas, in his Davis Cup by BNP Paribas debut playing for Pacific Oceania, tracks his opponents’ movement as doubles partner Cyril Jacobe of Vanuatu serves during a Group II tie against I.R. Iran in 2011 at the Hilton Guam Resort & Spa tennis courts. Llarenas has been selected to play in Guam’s debut in the Davis Cup by BNP Paribas in Oman in January.

n this file photo, Guam’s Mason Caldwell eyes a forehand volley against Japan’s Syunya Maruyama in Day 2 action of the 2016 Chuck E. Cheese’s ITF Junior Championships boys singles event at the Rick Ninete Tennis Center in Hagåtña. Caldwell has been selected to play in Guam’s debut in the Davis Cup by BNP Paribas in Oman in January.