The 2017 Koko Road Race Half Marathon, 10k and 5k debuted it’s new starting and finishing point in the Island’s Capital Hagatna early Sunday morning. Stealing the show were visiting runners from Japan who set new course records in both the male and female divisions. 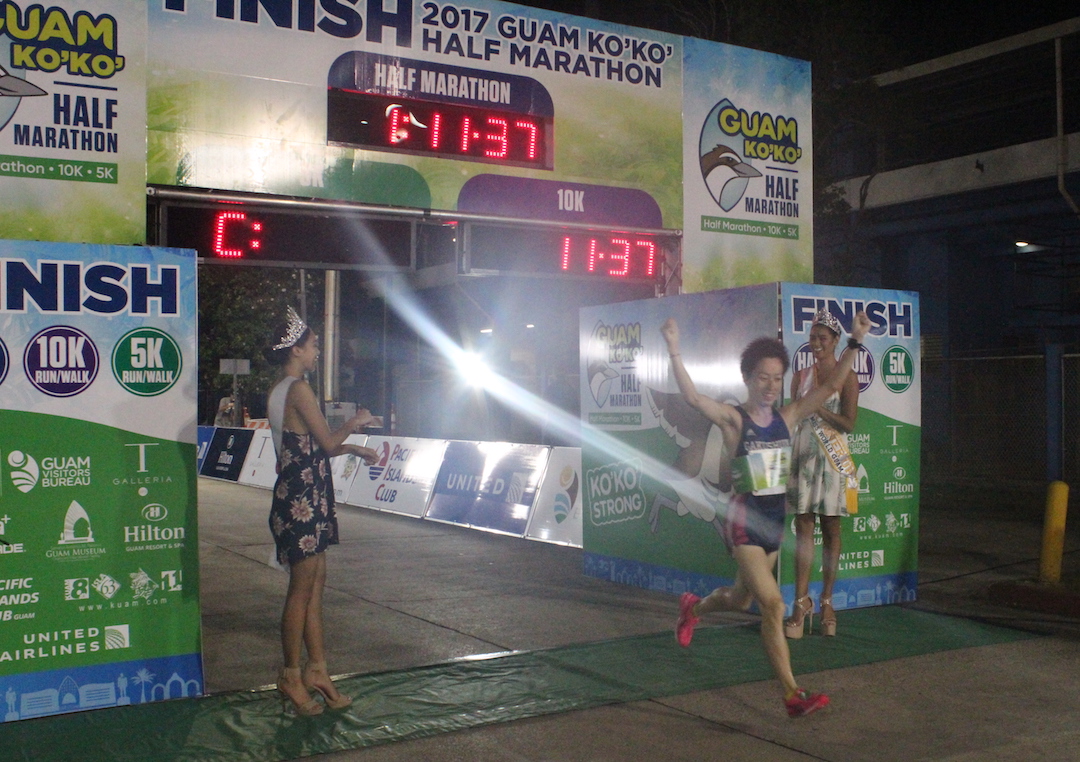 The 2017 Ko’ko’ Road Race Half Marathon, 10k and 5k debuted it’s new starting and finishing point in the island’s capital ofHagatna early Sunday morning. Stealing the show were visiting runners from Japan who set new course records in both the male and female divisions.

Japan’s Shota Fujimura clocked in a speedy 1:11:40 to earn the first place nod while fellow countryman Taisuke Ueda came in close behind at 1:12:54. The first local finisher was Ryan Matienzo, who came in 5th place at 1:18:44.

Matienzo didn’t reach his goal and a lot gave credit to the speedy Japan runners for their performance.

“Mentally I came in 110%, but my body wasn’t at the same level. I tried to keep up with the Japan runners, but eventually I had to slow up and go at my own pace. I just couldn’t catch it; there was something really missing from me out there and maybe it was the training and I was too excited,” said Matienzo.

Matienzo also said that the heat was bearing down on the run even though the course featured a flatter, more straight forward style.

“It was flat, but it still wasn’t easy. The headwind on the way back was tough. And that heat, oh my gosh. I was hoping that it was going to rain to cool us off,” laughed Matienzo.

Check out the Top 5 finishers in each category below!

Guam’s first finisher Ryan Matienzo took up a spot in the Half Marathon’s Top 5 finishers.