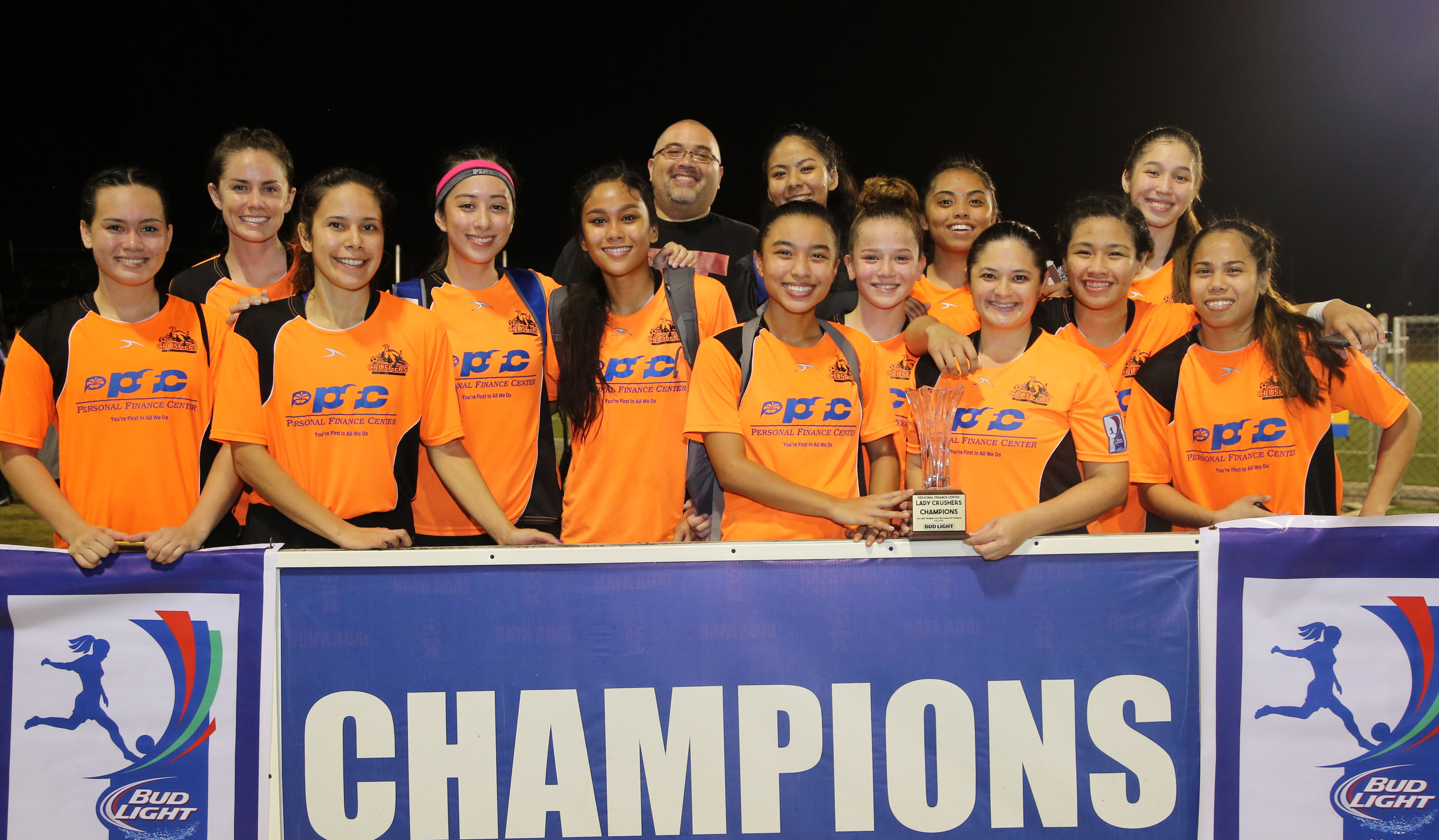 No. 3 Quality Distributors managed to level the match twice in the first half before conceding two unanswered goals in the deciding half. The Lady Crushers’ April Talledo scored the eventual game winner in the 49 th minute and later assisted Anjelica Perez’s goal in the 90 th minute to quell a potential Quality comeback.

Skyylerblu Johnson scored the match’s first goal in the second minute of play connecting on a corner kick from Colleen Naden before Quality’s Franshay Shippey leveled the match about seven minutes later. After controlling a throw-in, Shippey dribbled the ball to the corner edge of the penalty box on the left side for a shot to the opposite post out of Lady Crushers keeper Aeryn Anulao’s reach.

Naden later scored in the 13 th minute chipping the ball over Quality keeper Chyna Ramirez off a pass from Perez to put her team up 2-1 for close to 30 minutes.

Nearing the end of the first half, Quality’s Jalana Garcia managed to outrun the Lady Crushers defense on a ball from Hopemary Calip and maneuver around Anulao in the box for the score.

NAPA Lady Rovers’ Anisa Topasna poses for a photo with Guam Football Association Executive Director Cheri Stewart after receiving the W1 Golden Glove trophy. Topasna finished the regular season as the goalkeeper with the least amount of goals conceded in the most minutes played.