OKUHAMA TO FACE GADSDEN IN REMATCH FOR BOYS TENNIS FINALS

There will be a rematch in the IIAAG Boys All-Island Tennis finals. Derek Okuhama from St John’s and Guam High’s Sidney Gadsden will face each other once again for the All-Island Singles championship. The Singles Finals is scheduled for Thursday at 5pm at the Hagatna Tennis Courts. 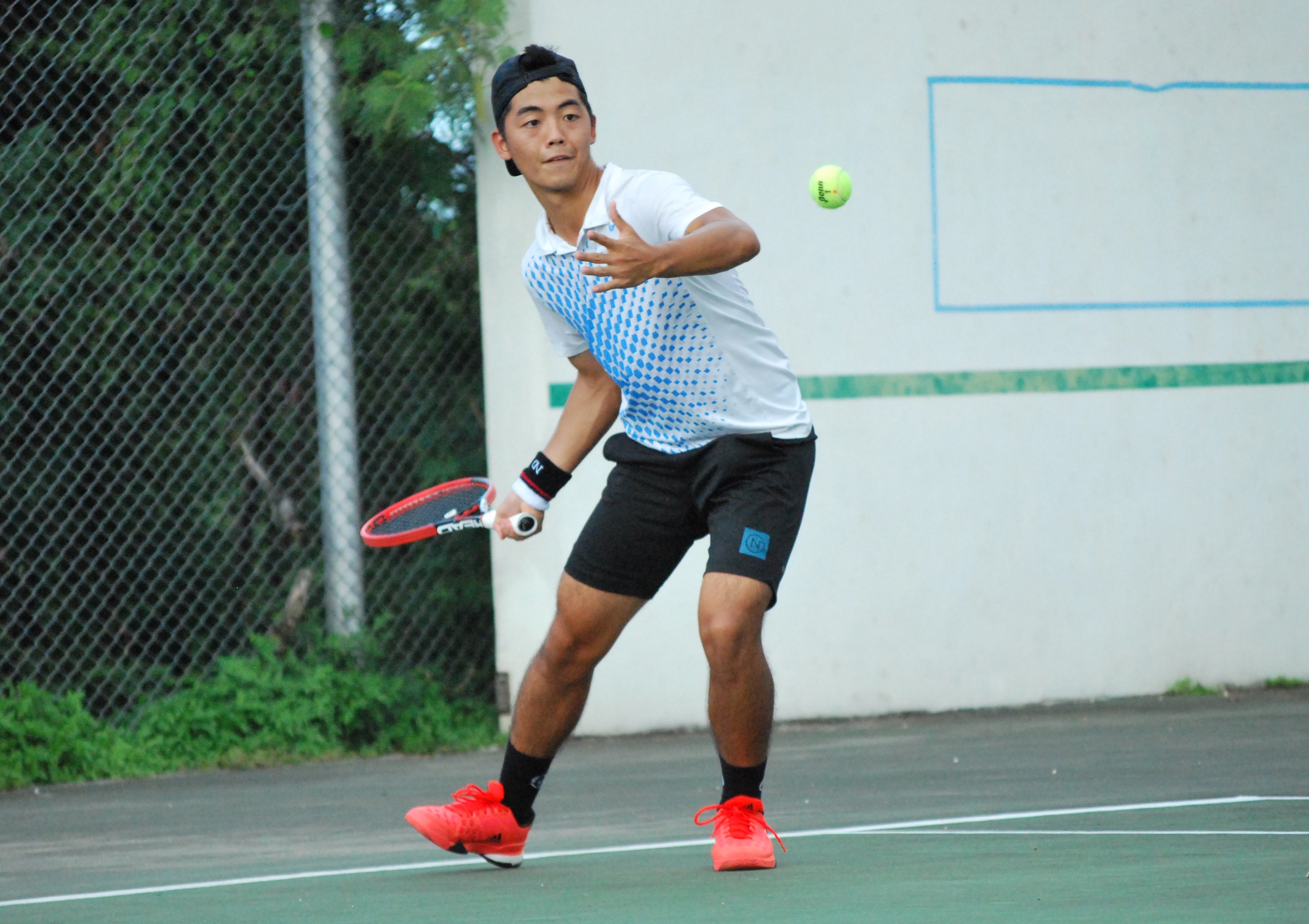 There will be a rematch in the IIAAG Boys All-Island Tennis finals. Derek Okuhama from St John’s and Guam High’s Sidney Gadsden will face each other once again for the All-Island Singles championship. The Singles Finals is scheduled for Thursday at 5pm at the Hagatna Tennis Courts.

Okuhama, the fourth seed, advanced to the finals after defeating the top-seeded Camden Camacho from FD 8-4 Wednesday afternoon at the JFK Courts. Camacho, the regular season’s MVP, trailed early against Okuhama and was unable to find his rhythm. “Going into the match I really didn’t think about any of the seedings, I just focused on attacking the ball,” said Okuhama.

Gadsden, seeded second, advanced after defeating third seed Mason Caldwell from Harvest by a score of 8-7. Caldwell and Gadsden battled each other till the very last point. They were tied 7-7 and also tied 40-40 in their match with Gadsden on the service line. Gadsden delivers his serve and immediately proceeds to the net in attack mode. Gadsden’s aggressiveness pays off as Caldwell’s second return goes out-of-bounds.

“My right leg was sore for some reason but I had to push forward,” said Gadsden.

Gadsden said he was down 6-3 and came back to defeat Caldwell. Caldwell had momentum after serving two consecutive aces to go ahead 6-3 but Gadsden miminmized his errors and slowly got himself back into contention.

Wendy’s Players of the Match Sidney Gadsden and Derek Okuhama

Okuhama was last year’s champion, defeating Gadsden in a thrilling 8-6 victory at the Agana courts. Gadsden defeated Okuhama 8-5 in the regular season so the title is up for grabs.

“He defeated me earlier in the season but coming into the playoffs I’ll be a little more comfortable playing against him cause we played all our matches,” said Okuhama. “We are all good friends off the courts and rivals on the courts; it’s going to be fun.”

“We’ve all known each other since we were really young. I never would have thought that we’d all be where we are today,” said Gadsden of the competition this season.

The two former MVP’s will battle each in the consolation game with top-seed Camacho (2017 MVP) going against Caldwell (2016 MVP). All matches will be Thursday at 5pm at the Agana Tennis Courts.

In the doubles A group, third seed Shane Schnabel and Gabriel Tan from FD advanced to the finals and will go against Pedro John and Kian Malakooti from St John’s. The doubles finals will also be at the Hagatna Courts.