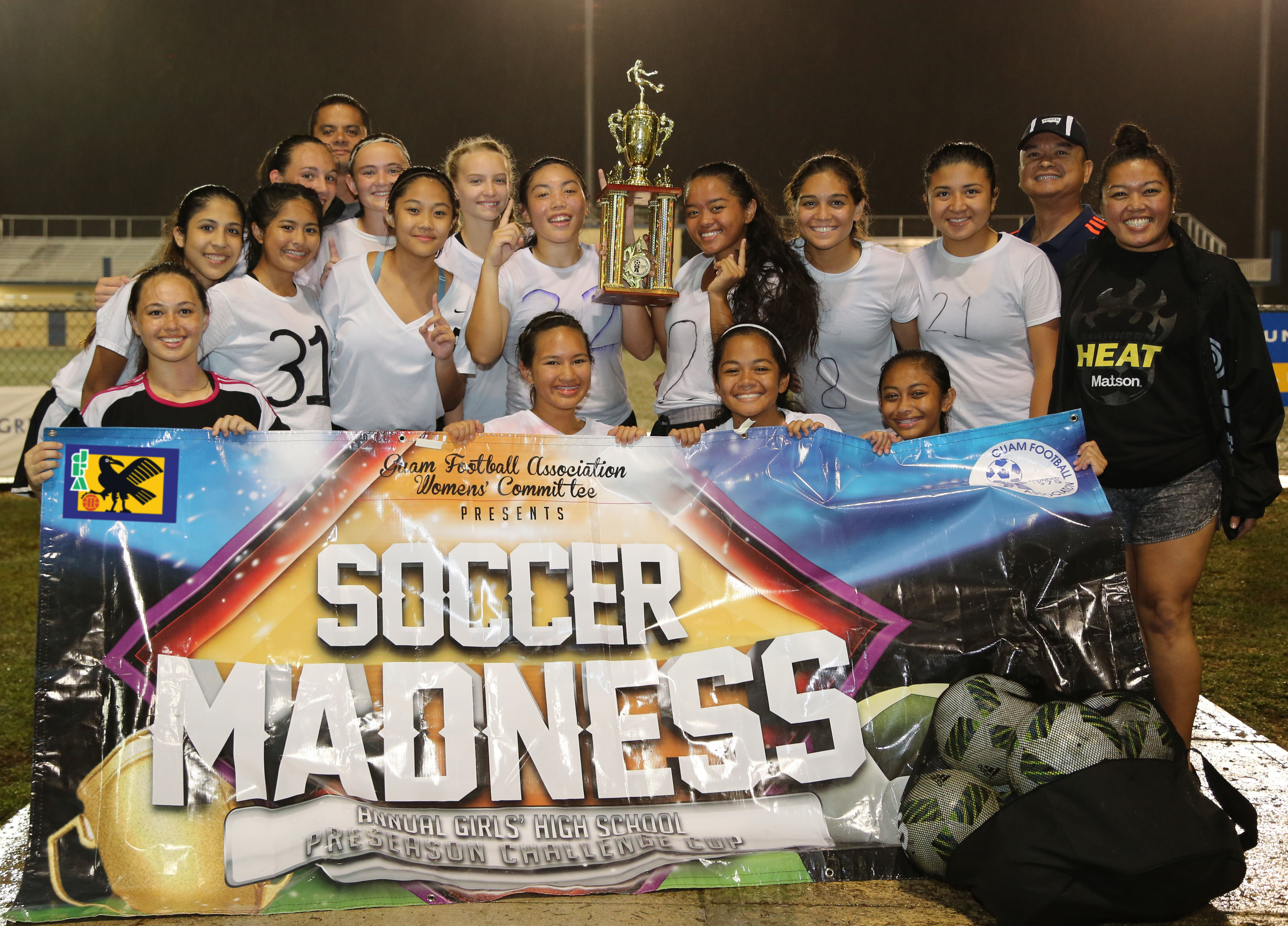 The Panthers’ cohesive defensive unit managed to stop the Geckos’ top scorers, Jalana Garcia, Colleen Naden, and Skyylerblu Johnson in regular time, forcing a penalty kick shootout to determine the winner of the sixth-annual event, put on by the GFA Women’s Committee with support from Japan Football Association.

Panthers’ goalkeeper Alleria Putnam was her team’s shootout hero, stopping the Geckos’ final two shooters to set up teammate Aubrey Esteves to close out the match. Esteves didn’t disappoint on her spot kick for the final 4-3 shootout score. Logyn Lallatin, Harmony Yatar, and Shelby Bishop also finished their shots for Guam High. Johnson, Naden, and Garcia, in that order, finished their shots for GW.

The Geckos dominated the earlier rounds of the preseason tournament, with Garcia, Naden, and Johnson combining for the team’s 12 goals in three matches ahead of the final.

The Royals finished the preseason tournament in third place with a win over the Southern High School Dolphins in the consolation match.

Also recognized in the event’s awards ceremony were the Bulldogs, winners of the tournament’s silver bracket, in a sudden-death penalty kick shootout against the St. Paul Christian School Warriors.

The event is one of several events scheduled in the month of March in celebration of AFC Women’s Football Day, recognized across the Asian continent Mar. 8. Other events held earlier in the month in Guam include the 10th Annual Sugar and Spice Middle Schools Girls Soccer Festival, the TakeCare Achieve Your Goals Women’s Recreational Soccer Festival, and the launch of the W2 division of the Bud Light Women’s Soccer League.