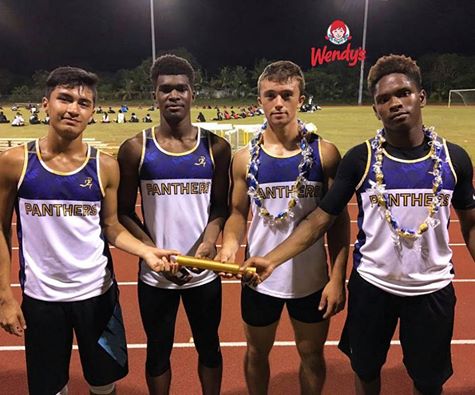 Two more high school track and field records were broken Friday night in the final IIAAG track meet of the year at the Okkodo track.

The Panthers ousted the 1999 JFK Islanders 4×400 team of Desmond Mandell III, PhilAm Garcia, Oliver Sicat and David Nielsen. The previous record held by the Islanders was a time of 3:34.73.

The IIAAG All-Island Meet is scheduled for next week Friday so expect to see more records broken.