U15, U13 ELITE CHAMPIONS CROWNED 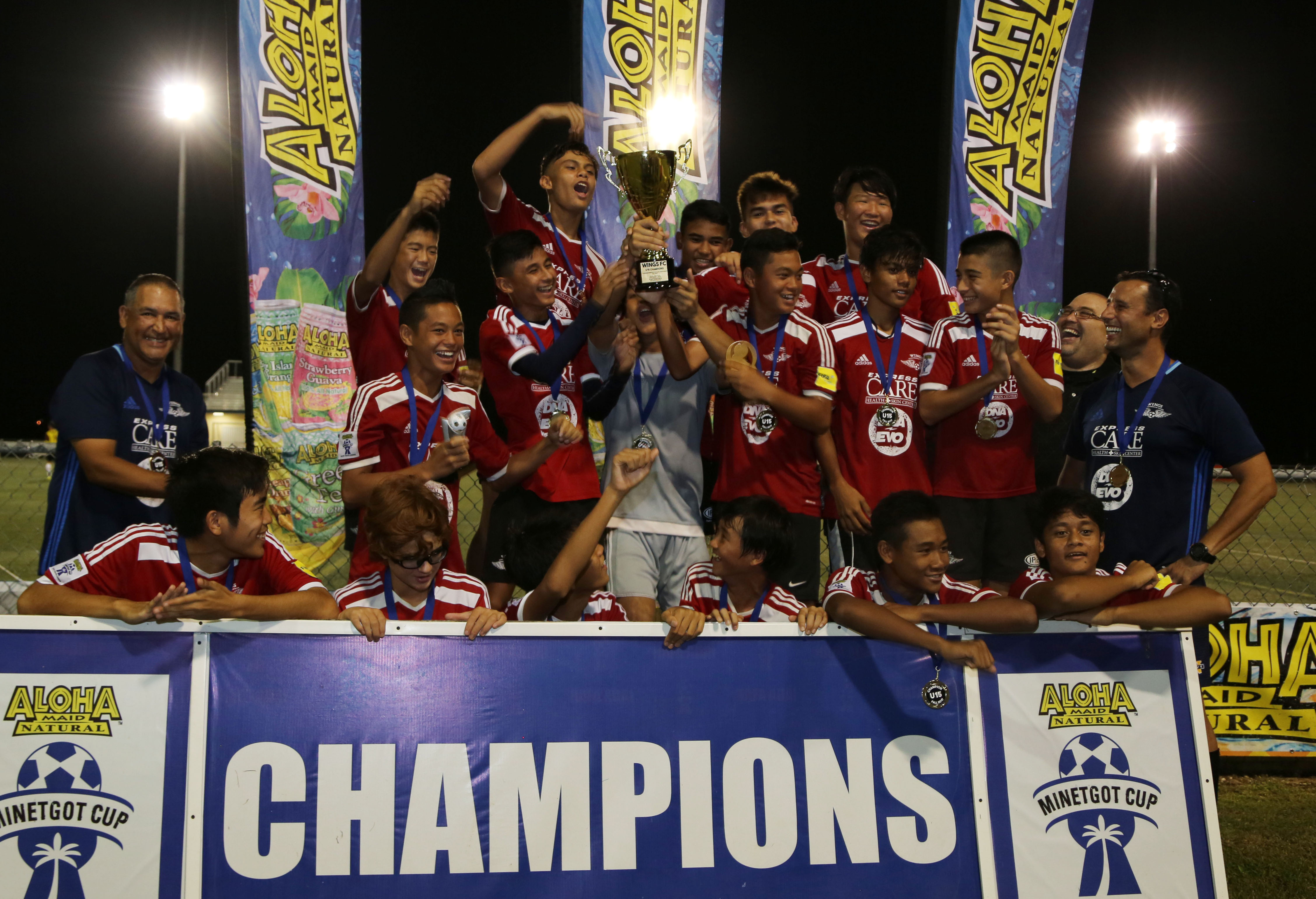 The Islanders, the lone team to lead against Wings Red in the regular season with one win and one draw, found themselves in a hole early, down two goals in the first ten minutes of play. Just four minutes into the first half, Robert Niu worked the right side of the field and found championship match MVP Mark Iseke for a picture-perfect header to start the Wings Red scoring barrage in the half. Two minutes later, a long-distance shot from Taiga Simon doubled his team’s advantage. Iseke managed to complete a first-half hat trick before the halftime whistle.

Morgan McKenna scored the eventual game winner two minutes into the second half burying the ball into the net on a right-footed volley following a free-kick play. The Islanders finally got on board in the 48th minute off a 35-yard rocket from Christian Kido and later Kris Fernandez put his name on the score sheet, finishing a pass into the box from teammate Juan Sarmiento in the 58th minute.

Despite the urgency on attack by the Islanders, Wings Red continued to exploit their opponents’ defensive holes with another goal from Iseke and one each from Niu and Edward Cho.

Fernandez finished with two goals for the Islanders and teammate Joshua Miller was credited with the team’s final goal off a finish from a long-range free kick from Kido.

In the Awards Ceremony after the match, the Wings Red team was presented the championship trophy and gold medals and the Islanders were presented silver medals. Ambros Marketing Manager Jojo Camacho was on hand to present individual awards to championship match MVP Mark Iseke, Golden Boot winner Matthew Iseke, and Golden Glove winner Marcus Del Rosario, all from Wings Red. The Tigers were presented the division’s Fair Play Award.

The U13 championship match played out similarly, except the ASC Trust Islanders gained from early goals against Wings Red to repeat as champions with a 6-3 victory.

Wings Red’s Martin Iseke scored his team’s lone goal in the first half on a penalty kick and teammates Taiyo Kanekatsu and Rintaro Nishioka scored one each in the second half.

In the Awards Ceremony after the match, the Islanders were presented the championship trophy and gold medals and the Wings Red team was presented silver medals. Sablan was chosen as the championship match MVP and teammates Nainoa Norton and goalkeeper Jariah San Gil were honored with the division’s Fall 2017 Golden Boot and Golden Glove awards, respectively. The Bank of Guam Strykers won the division’s Fair Play Award.