The Harvest Eagles picked up a big win Tuesday evening against the Guam High Panthers. 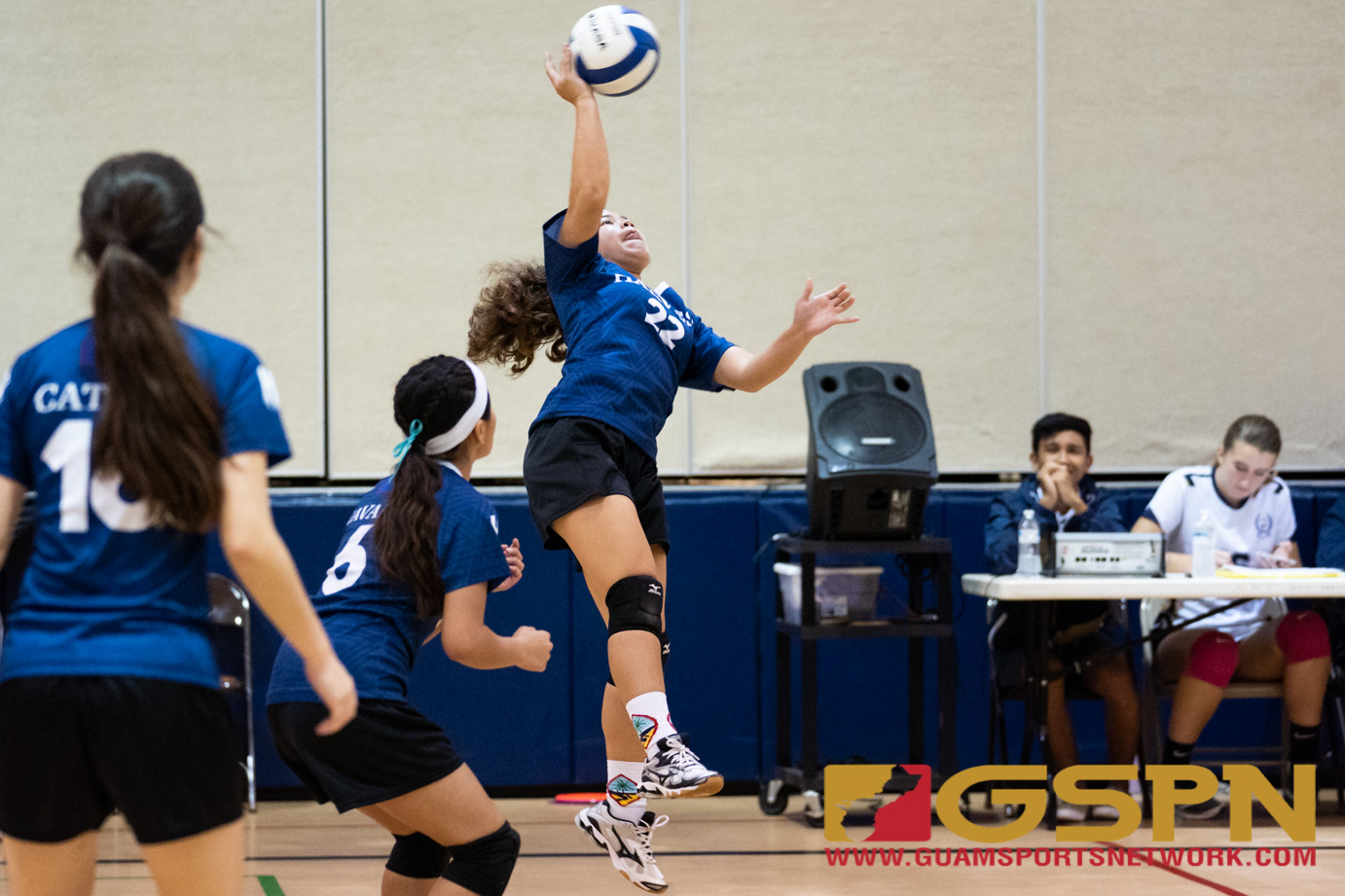 Almost gone is the 2018 IIAAG Girls Volleyball regular reason and closing things out in Agana Heights was the Guam High Panthers as they hosted Harvest Eagles. The Eagles, with a glint of postseason hope, came out swinging. The blue and white rode a hot offensive attack while wearing out their welcome. They handled the home team Panthers in straight sets 25-22, 25-18.

Sophomore Michala Connelley got things started for the Panthers in the opening set by added the first three points of the game for Guam High. Defense dominated early as well for the Panthers behind the wall of Alexia Brown, stuffing anything Harvest tried to do at the net. The Eagles struggled to find momentum until things started clicking off a Selah Chong serving rally.

Chong served her squad to the lead mid way through the first set and that set the tone for the rest of the match. The Lady Eagle offense caught fire, building on one big point after the other. Chong did her part in front of the nylon as well. Chong returned two kills in a row to lift Harvest to their first lead. The Eagles maintain the offensive surge while Guam High struggled with ball movement.

The second set, was much like the first as the Lady Eagles jumped out to a quick start still riding the buzz off the set one victory. Senior and four-year starter Gabby Paulin was all smiles as she served.

“I’m a senior and this is my last ride. I wanted to finish strong, have fun and I wanted to do it with this team. We’ve worked so hard!,” said Paulin.

Have fun number 12 (Paulin) did! Paulin snapped off a five-point serving run, while holding down the middle of the court coming up with dig after dig. Harvest sent Guam High home early in straight sets. The Eagles face the JFK Lady Islanders Thursday in a make-up contest.