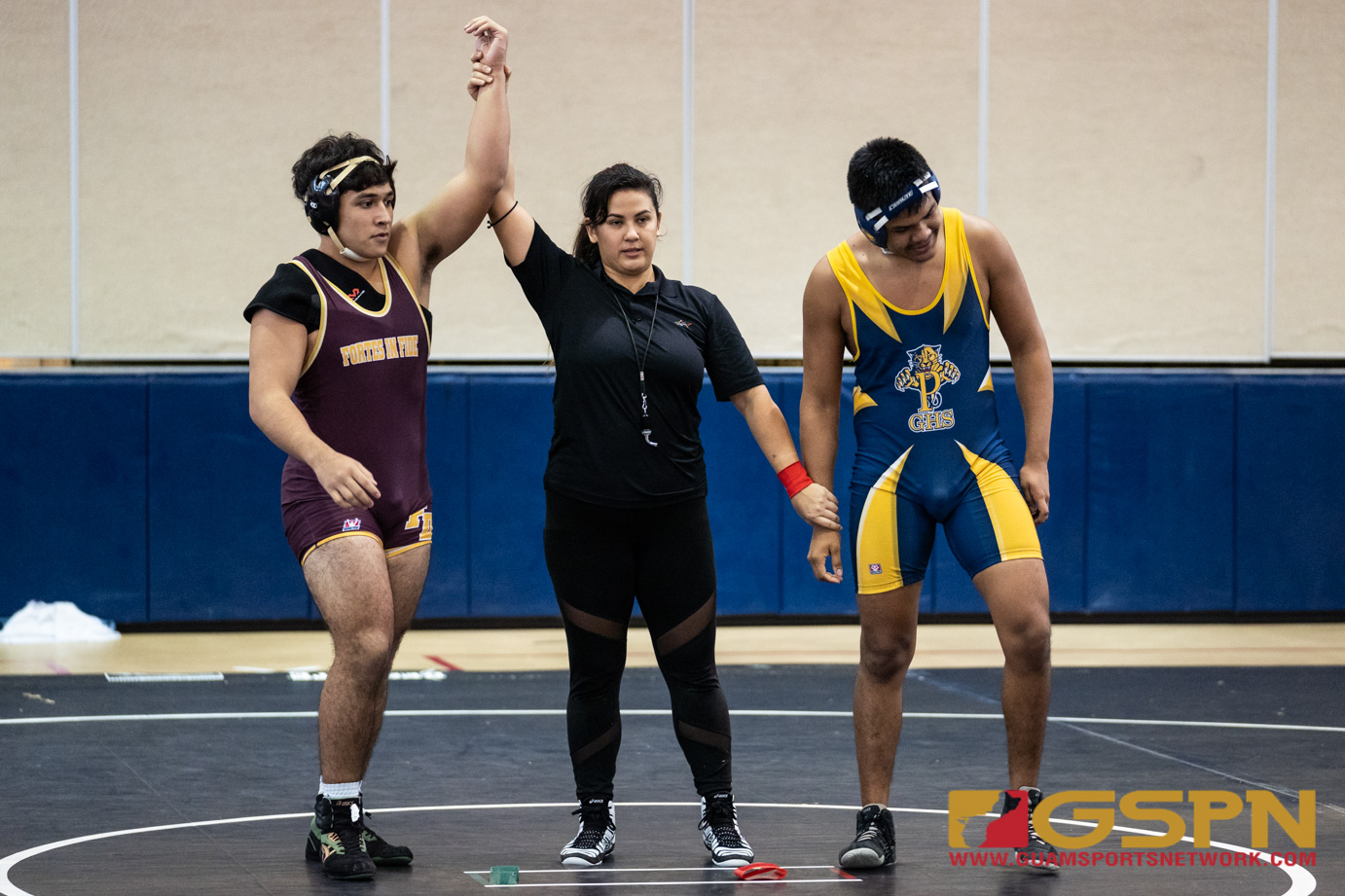 The Okkodo Bulldogs are off to a good start in the girl’s league, winning their dual meet against the Southern Dolphins and Guam High Panthers. Alexandria Cruz (155 lbs) and Christine San Nicolas (184 lbs) both recorded victories via pinfall to help the Bulldogs off to a good start for the season.

The Academy Friars also started off their season with a 2-0 start; defeating Guam High Panthers 42-18 and the Southern Dolphins 42-0. Returning all-island gold medalist Lauren Lujan started her season with a pair of victories, one via pin and the other via forfeit.

“We lost a couple of seniors from last season but I have a lot of faith in the team that we will do well this season,” said Lujan. “I definately got all the jitters out in the first match and my confidence level will be higher for the rest of the matches .”

In the boy’s division, the Southern Dolphins defeated the Okkodo Bulldogs 34-28 in the closest match of the meet. Okkodo’s Samuel Ghose (145 lbs) recorded a victory by points (8-5) and Peter Olandez got a first round victory via pinfall to give Okkodo an early lead.

Brock Bonnette (160 lbs) and Gavin Terlaje (195lbs) secured the win with victories via points and pin, respectively. Okkodo’s heavyweights Bartolome Jose Abuan (220lbs) and Jared Suelo (285 lbs) both recorded wins via pinfall but the deficit was too large to overcome.

Southern ended the day with a 1-1 record, falling to FD 48-30. FD’s Matias Calvo (195 lbs) and Kaleb Gamboa (120 lbs) both recorded victories via pinfall for the Friars. The Friars, the defending champions, will get a bit stronger in the next few meets with some football players joining the team.

Calvo was an all-island champion last season (182 lbs) and moved up a weight class (195 lbs) for the new season.

“Getting back on the mat can be a bit nerve-racking; I was a bit anxious but I also wanted to see what the competition looks like. For our first meet, we wanted to establish a good team culture. We had seniors last year guiding us so this season we wanted to get some underclassmen on the mat to get some experience,” said Calvo.

“The confidence in the team stays the same but the culture did change a bit. We lost some good senior leaders and now that they are gone, a lot has changed,” said Gambala.