It was an early ending for the 2018-2019 IIAAG Wrestling All-Island Meet with a low number of participants due to the absence of the Sanchez Sharks. After the all-day event, the FD Friars celebrated their fourth straight championship and the GW Geckos girls celebrated their championship hours after the GW boys team won the baseball title. 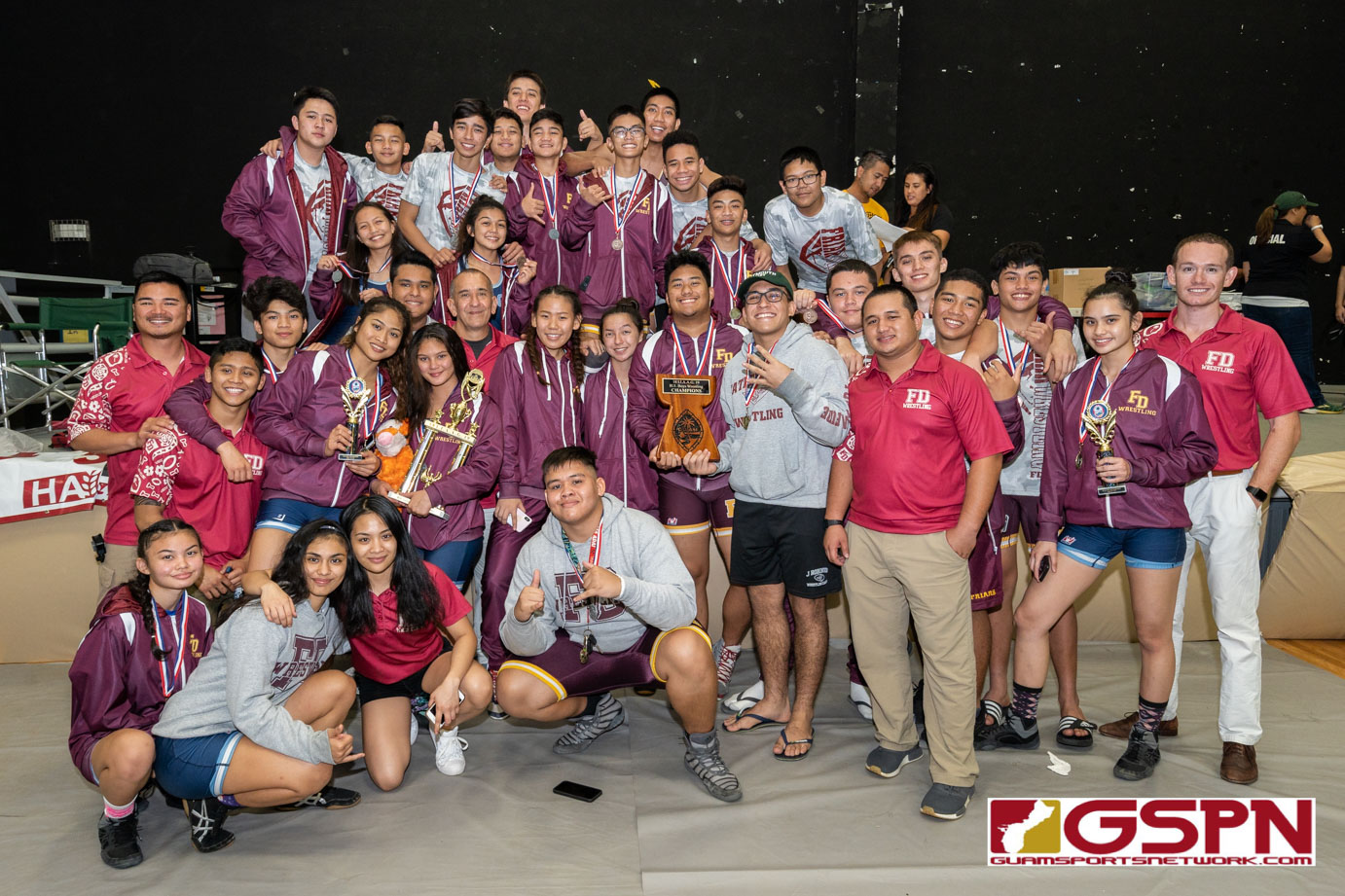 It was an early ending for the 2018-2019 IIAAG Wrestling All-Island Meet with a low number of participants due to the absence of the Sanchez Sharks. After the all-day event, the FD Friars celebrated their fourth straight championship and the GW Geckos girls celebrated their championship hours after the GW boys team won the baseball title.

It was a three team race with three matches remaining in the all-island girls meet between the regular season record leader Tiyan Titans, the AOLG Cougars and the Geckos.

A clutch come-from-behind pin by freshman Alanah Balabagno in the 168-pound division helped push the Geckos within three points of the-then team point leader Cougars. McKenzie Quitugua followed with victory via pin fall in the 184-pound division to take the lead and clinch the championship.

“For the longest time, GW has been close to winning a title but was always coming up short. Knowing that I helped the team get closer with my victory makes me feel really good,” said Balabagno. “I’m glad I decided to join wrestling; I’m really indebted to our coaches who helped us this season.”

The Cougars came close once again and almost made history coming up short of a championship. Lauren Lujan, Andrea Salas, and Annabelle Basto each won gold medals for the Cougars. Lujan and Basto won the light and heavy weight MVP honors for the season after the coaches voted after the event.

“Before every match, I tell myself that I have to want it more than my opponent,” said Salas. Salas was tested early but overcame adversity and won via pin to give Academy the point lead mid-way through the meet.

Academy finished in a respectable second place, their highest finish in school history and are looking strong for next season.

“Academy in the past has been at the bottom of the rankings but now that we have more wrestlers coming out and wrestling under coach Terry Debold, we are doing much better,” said Salas.

The Father Duenas Friars once again walked away with a convincing win to claim their fourth straight title, continuing the dynasty under head coach Terry Debold. The Friars had nine total wrestlers in the gold medal matches and scored 139 total points.

Caleb Laserna, Thomas Pool, Matias Calvo and Kobe Onedera each won gold medals for the Friars. After a disappointing finish last year, Laserna returned to wrestling and won his match in the 113-pound division via pin.

“I felt motivated after what happened last year. I decided to continue wrestling and push myself to go for the gold,” said Laserna who finished the season undefeated.