The JFK Islanders and Harvest Eagles have set the stage for the 2018 Boys Soccer Finals with big wins on Saturday in the semifinals at GFA. 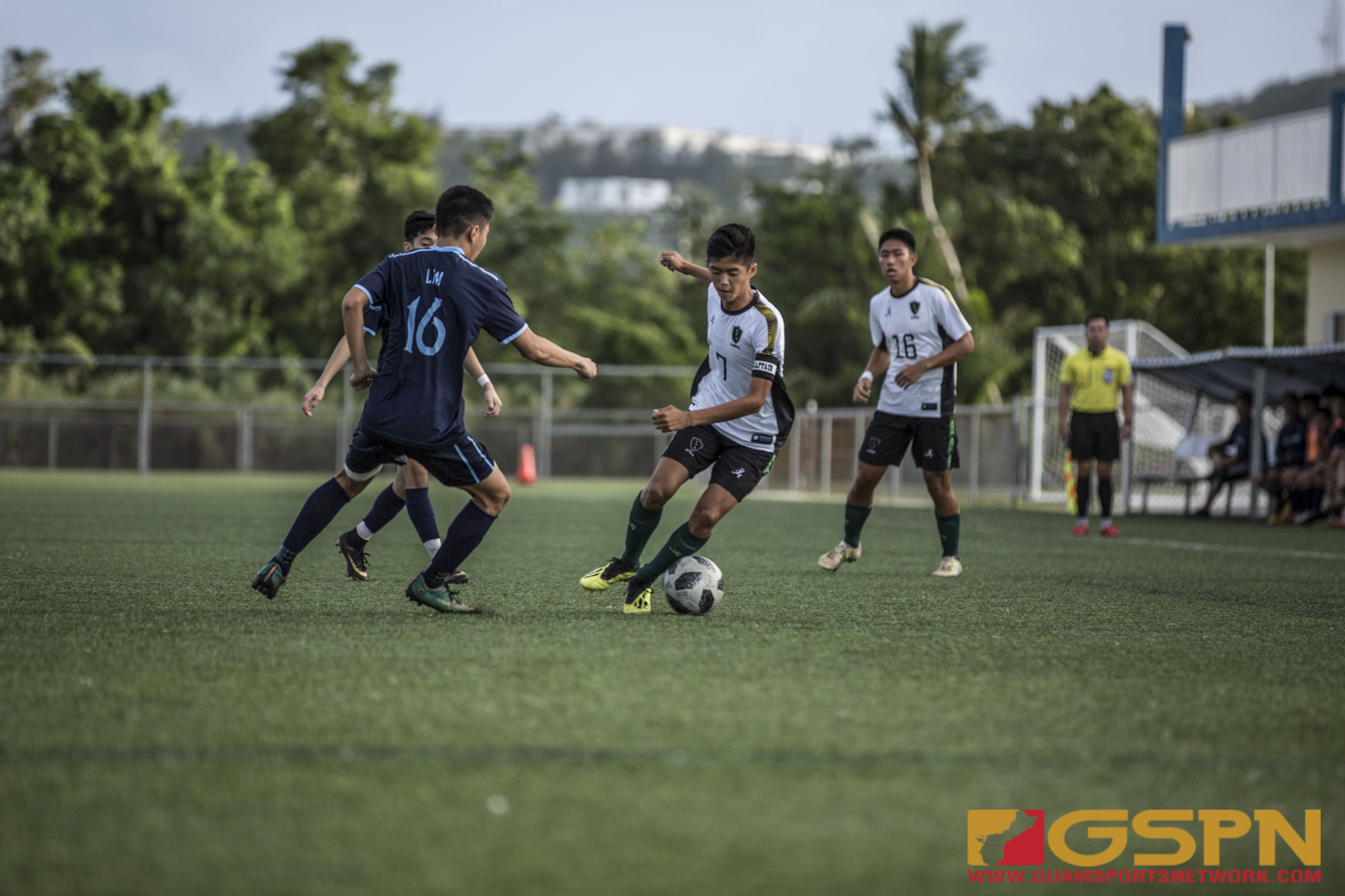 The JFK offense proved to be too much for a determined St. Paul defense, as they move on to the Championship game after a 5-1 win over the Warriors. A strong defensive start by St. Paul kept the game scoreless for much of the first half, but Islander Christian Kido was able to break the silence with a shot that was narrowly missed by the Warrior’s keeper.

“When I scored the first goal, I remembered that we had to get this [win] because last year we choked,” said Kido on his thought process. The motivation certainly paid off as the Warriors were now forced to play aggressively.

As the Warriors began to attack the goal more, their tight defense was forced to spread out, which is exactly what Tayler Bonner needed to sink in another shot before time expired in the first half. Now up comfortably with a 2-0 lead. The Islanders were then more relaxed.

“In the second half, we were more relaxed as a team and we were weren’t forcing our balls through the defense. We were just working together more,” commented Bonner on the Islander’s productive second half.

In the second half, the Islanders started to play to their strengths and repeatedly attacked Warrior’s keeper, Saena San Nicolas. To his credit, the sophomore blocked shot after shot, but when JFK’s Eddie Cho broke away with the ball, the ball slipped through his hands as the Islanders went up 3-0.

The Warriors refused to go quietly as Warrior’s Phoenix Pahl would avoid the shut-out by dancing his way through the Islander defense and putting a goal in the back of the net. The Warriors began to rally off of this shot, as they would be close to scoring multiple goals, but any chance of a comeback would be taken away as Tayler Bonner received a crossing pass from Eddie Cho and scored his second point of the night, making the score 4-1.

“When they scored their goal, we were calm and collected and we just wanted to get more,” said Cho on the goal.

The Islanders would score one more goal in the end to make the final score 5-1 and secure their spot in the championship game, where they will be facing the Harvest Christian Academy Eagles.

When asked how they will prepare for their final test, Kido said, “We’re gonna work on finishing and developing more team plays.”

The Harvest Eagles played spoiler to a rematch of last years title game by once again defeating the Friars in a close contest.

Eagle Micah Hennegan scored the first goal early in the game and added his second on a PK for a 2-0 Harvest lead.

Friar Morgan McKenna scored the lone goal for his team in the second half, but FD couldn’t tie the game in the final moments granting the Eagles the ticket to the finals.