The GW Lady Geckos put their best effort forward in week 2 of the IIAAG girls volleyball season as they traveled down to Agana to do battle with the Academy Cougars. 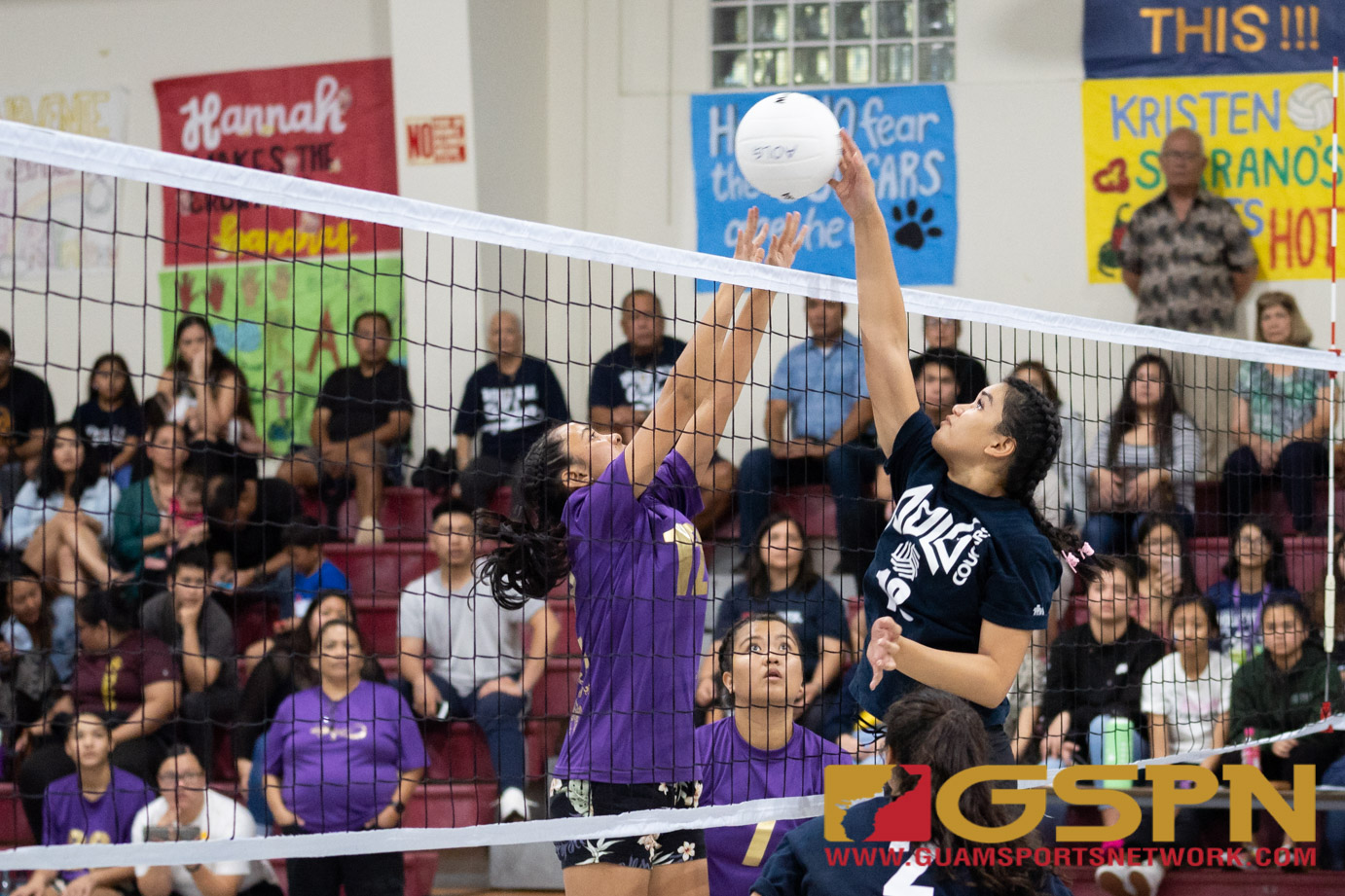 The GW Lady Geckos put their best effort forward in week 2 of the IIAAG girls volleyball season as they traveled down to Agana to do battle with the Academy Cougars. The Geckos were riding a three-game winning streak heading into the night, and their victory train wouldn’t stop there. The Geckos took a hard fought bought battle from the home crowd in three sets 19-25, 25-18, 25-19.

Academy had no intent to disappoint the home crowd as they started got off to a quick start against the visiting Geckos. Middle blocker Theisen Taimanglo, led the charge to help to Cougars take a very quick lead. The George Washington defense couldn’t stop the offensive storm of Taimanglo and Laressa Halladay.

The Cougars created some separation on the score board and were able to hang on to the lead, getting the first set 25-19. The Geckos were down but definitely not out as they roared back in the second set.

Bonita Castro was clutch for GW, coming up with crucial big blocks at the net and constant buzzing the middle , much to the dismay of Academy’s offense. Theisen Taimanglo was able to get a serve streak going but it was short-lived as the Geckos forced a third set, winning 25-18.

To the third set, and that’s when Academy’s gym came alive. The home crowd, starting the ‘COU-GARS’ chant, trying to light a fire under their team, and it worked for a couple of Academy points.

Then the Geckos got serious. GW rode the hot hand of Lyric McGil. McGill was able to deal with the strong hands of Academy up front turning in big blocks in the process. The Cougars tried as to hang with Geckos, in the end just couldn’t. GW ran their winning streak to four in a row as they stun the Cougars in three sets.

GECKOS TOO MUCH FOR BULLDOGS IN ONE-SIDED SCORING SPREE
NEW FACES STEP UP AS FRIARS DOWN PANTHERS
Loading Comments...