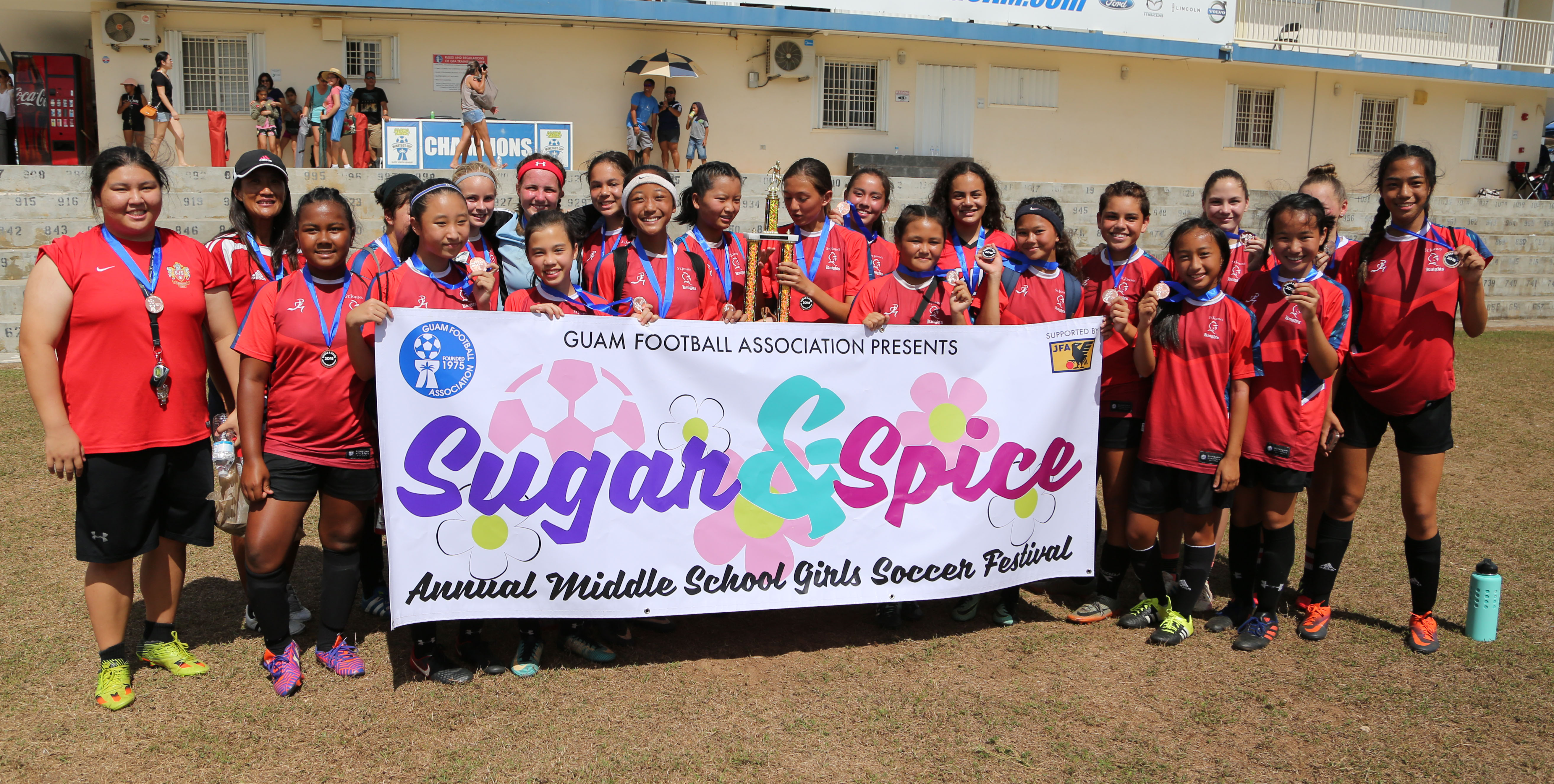 “I feel really proud of the team and the school,” said the Knights’ captain Jadyn Palomares, who also received Player of the Match honors after the championship game. “It’s a great feeling that our team was able to win this festival two years in a row.

“I really feel that it was our covering and defense that helped us stay undefeated through the season and this festival. Today, our covering was the best,” added Palomares, a 13-year-old eighth grader who also plays for the ASC Trust Islanders.

Jada Han put the Knights on top against the Raiders in the fifth minute and later doubled her team’s advantage four minutes later after barreling down the left side of the pitch off a pass from Palomares and maneuvering through St. Anthony defenders before taking her shot right outside the six-yard box.

In the 16th minute, after the Knights managed to win the ball on a Raiders throw-in, Han lofted a pass to Palomares, who headed the ball over St. Anthony defenders and sent teammate Yasmeen Lopez to the goal for the finish.

Palomares later put her name on the scoring sheet with a shot in the 20th minute for the final score.

The trio of goal scorers, as well as a few other players on the team’s roster were part of the Guam U15 Girls National Team “Junior Masakåda” that played in the EAFF U15 Girls Tournament in Shanghai, China P.R. last year.

The 11th annual festival, supported in great part by Japan Football Association, featured 12 teams from both the Independent Interscholastic Athletic Association of Guam Middle School Girls Soccer League and the GDOE Interscholastic Middle School Girls Soccer League. The festival is the lone opportunity for the teams from the two different leagues to compete against each other during the school year.

St. John’s School becomes only the third team to win the festival twice in a row. F.B. Leon Guerrero Middle School won the first two festivals in 2008 and 2009 and Bishop Baumgartner Memorial Catholic School achieved the feat in 2015 and 2016.

Since the festival started in 2008, there have been seven different winning teams:

With the growing popularity of the festival, GFA encourages the young athletes to join a youth soccer club and play in the Triple J Auto Group Robbie Webber Youth Soccer League. In the Fall 2018 season, GFA plans to include an 8-A-Side U13 Girls division in the league.

The St. Anthony Catholic School Raiders pose with the second-place trophy and medals of the 11th Annual Sugar and Spice Middle School Girls Soccer Festival during the event’s awards ceremony at the Guam Football Association National Training Center Sunday. The Raiders fell to the St. John’s School Knights in the title match 4-0. Ten other teams participated in the annual event, supported by Japan Football Association. Photo by Jesse Mesa/GFA.