The St. John’s Knights picked up their second win of the season after defending home field against the Southern Dolphins Monday afternoon. 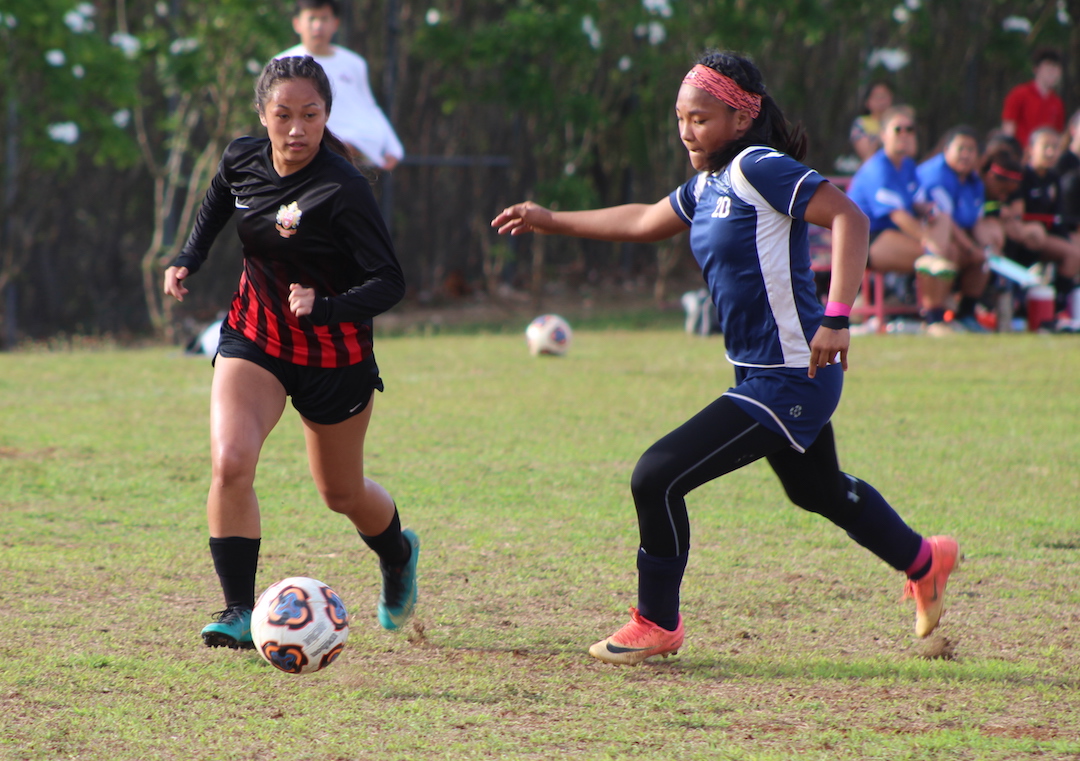 The St. John’s Knights picked up their second win of the season after defending home field against the Southern Dolphins Monday afternoon. The Knights got a trio of scores from Erin Wang, Jenna Han and a late goal from Caitlyn Niu while the defense held the Dolphin offense scoreless for a 3-0 win.

After splitting their first two games of the season, the Knights were eager to get back to winning while incorporating some new faces in the line-up.

“A lot of us weren’t here during Spring Break so we’re still adjusting within our first three games. There are a lot of underclassmen and we’re seeing how well we are as a team and I think we’re doing pretty good,” said Han.

Embracing a new role was Wang, who scored her first goal of the season at the 24th minute to give the Knights the 1-0 lead. Wang’s score was part aggression mixed with a great pass on a through ball from the mid field.

“I knew that I had to be physical because all the other teams play physical too. It was thanks to all the great passes my teammates gave me and it feels great to finally get my first goal. Usually my shots go over the goal, but that one felt like a perfect shot,” said Wang.

The Dolphin defense stayed within striking distance by trailing by just a single score by the half.

Knights Jenna Han had two great looks on break aways in the first half just minutes apart, but both shots from the right side of the field drifted out leaving Han visibly frustrated.

Han corrected those mistakes on her opportunity in the second half after baiting Dolphin’s goalie Anisa Topasna to commit up as Han used a single tap to get through the Southern keeper for a wide open shot for the Knights second score in the 56th minute.

“I told myself that the keeper keeps coming out and I had to do something about that instead of randomly shooting it,” said Han.

St. John’s added a final goal from Caitlyn Niu in the 78th minute that will technically count as a Dolphin’s own goal. Niu got free on the right side and let her shot loose just steps before going out of bounds. The ball nailed the right post and bounced off the leg of Topasna a split second too fast to react, putting the score firmly out of reach in closing minutes of action.