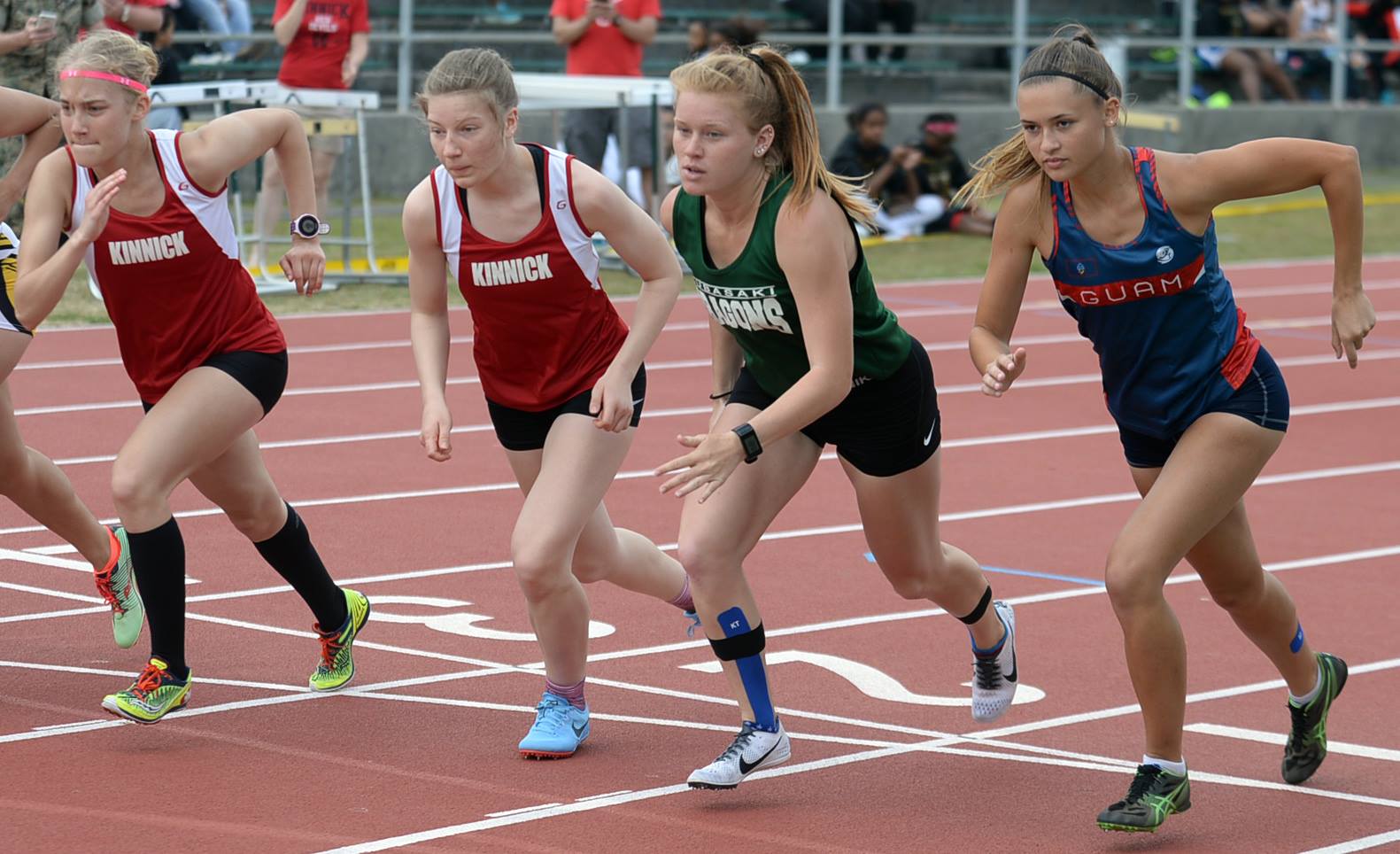 Guam High School’s track and field team was more than ready to run. All one of them.

Emma Sheedy, the Panthers senior, was the lone representative of Guam High competing in Friday’s 14th Alva W. “Mike” Petty Memorial Track and Field Meet at Okinawa’s Kubasaki High School. The meet is named for the late Mike Petty, the former Kubasaki athletics director and father of high school track and field on Okinawa who died of cancer 26 years ago.

Sheedy didn’t come away from Okinawa from the results for which she had hoped. But the reigning island cross-country champion and last year’s island 400 and 800 champion, still felt good about her first track and field competition against DODEA Pacific athletes other than her own Panthers teammates.

“I loved it,” said Sheedy, after she finished fourth in her signature event, the 800, and third in the 400 and second in her first time running the 1,600. “It was fun to run against other DODEA athletes. It was the first time I’ve ever done it.”

It was also the next-best thing she’ll ever come to competing in a DODEA Pacific Far East track meet. Due to a ruling handed down in the fall of 2014, schools on Guam are no longer invited to DODEA Pacific Far East sports events; they had been part of Far Easts dating back to boys basketball tournaments in the 1960s.

Not being party to that didn’t faze Sheedy nor her father, Guam High principal Jason Sheedy. They made the trip to Okinawa and became a Panther Army of One for at least that one day. Speaking as a track father and not as the principal, the elder Sheedy remarked: “I think we could compete against this group.”

Sheedy normally runs the 1,500 meters on island. Asked if the extra 100 meters made a difference, she said, “It is a different race and it’s different going against different people. She (Joy) has a really good kick. I knew on that last lap, she was going to kick, but not like that.”