The Tiyan Titans were battled tested in their first meeting against the St. Paul Warriors as that game went to three thrilling sets with the Titans barely coming out victors. Friday evening’s rematch at the Titan’s gym wasn’t nearly as close as Tiyan took a straight sets victory 25-14, 25-13. 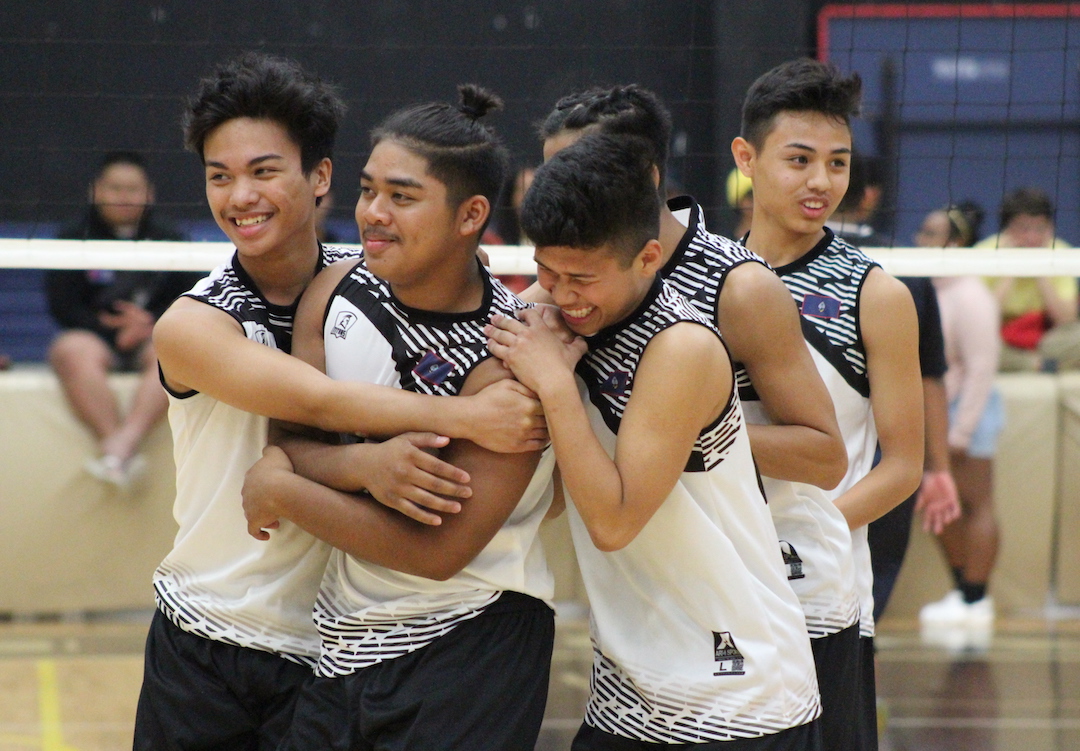 The Tiyan Titans were battled tested in their first meeting against the St. Paul Warriors as that game went to three thrilling sets with the Titans barely coming out victors. Friday evening’s rematch at the Titan’s gym wasn’t nearly as close as Tiyan took a straight sets victory 25-14, 25-13.

Friday evenings biggest difference in the rematch was chemistry based, and it’s coming at no better time for Tiyan with the playoffs beginning next Tuesday.

“We have improved tremendously and our connection on the court has gotten much better. Today, we played as one and that caused us to build up a lot of momentum to come away with the victory,” said Titans middle blocker Neil Ericsson.

Wendy’s players of the game – Neil Ericsson and Calib Naputi

Ericsson notched a kill to give the Titans a 15-10 lead in the 1st set. Ramil Padigos got two hands on a big block a point later while the Warriors were stuck in reverse after back to back errors put them down 20-12. Tiyan turned to Jude Cruz to final the 1st set 25-14.

The Warriors came out stronger in the 2nd set with Elijah Garrido and Nichika Fermin getting early kills for a 7-6 lead. Cruz responded by tying the game at 11 with his fourth kill of the game. Unpleased with the teams effort, Tiyan head coach Rod Pama called for time with the score knotted at 13 each.

Stepping to serve for the Titans was Calib Naputi and he never left the line. Tiyan closed the 2nd set on a 12-0 run to win the game in straight sets.

“We hadn’t been doing too well, but coach told us to keep our heads up. The crowd, momentum and my teammates really kept me up. We’ve got some really great fans here,” said Naputi.

The Titans officially wrap up their regular season and will await Saturday’s finale against Okkodo vs. Sanchez before the final playoff standings are made.