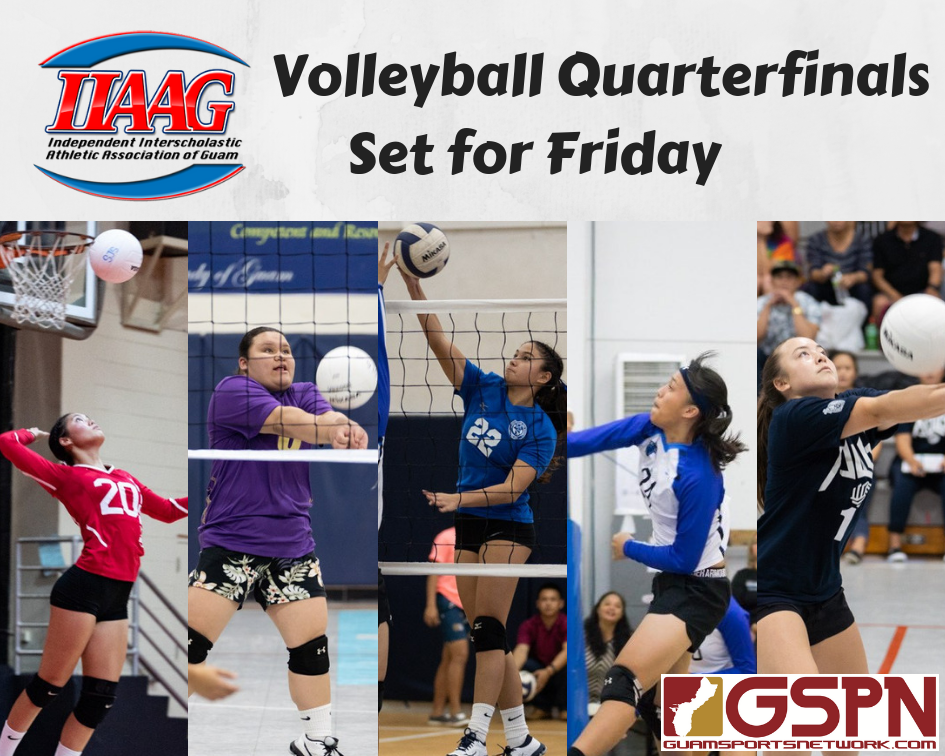 The 2018 Girls Volleyball Season has dwindled down to the top eight teams, with four games set to begin the playoffs this Friday at 6 pm. The higher seeds will host, and since it’s the playoffs, the format will change to a best-of-five with the 5th set being first to 15.

There hasn’t been a tougher place to pick up a win in 2018 than at the Royal court down in Talafofo. The undefeated Royals are always greeted with a packed house, most especially in the post season. The defending champions were tested just a few times this season and the Islanders are a much tougher team than their record says.

The Royals have the most impactful player in the league in Austia Mendiola, a recovered former MVP in Carlie Quinata and the game changing Bri Leon Guerrero. That line-up alone is trouble for any team in the league.

JFK’s gritty group behind Kiyoni Yamaguchi and Kiana Rivera are sticklers on defense, which will be key for the Islanders in trying to slow down the Royal attack.

Last years St. John’s Knights were made up, in majority, of a group of underclassmen who got to the finals on sheer talent and they’ve only gotten better in 2018. A few hiccups along the way with losses to the Cougars and Royals didn’t diminish what the Knights were able to accomplish; a top seed finish in the Taga Division.

Knight Haley Wigsten has been a star this season with fellow youngsters in hitter Tylee Shepherd and middle Angeline Del Carmine both proving able to take over games when their numbers are called.

Getting in are the Eagles, who picked up must win games down the stretch to fight their way into the playoffs in a tough Gadao Division. The Eagles are at their best when Gabrielle Paulin is serving, but their defense will be tested with the heavy hitters set to go from St. John’s

The Academy Cougars can be considered the most dangerous team in the playoffs when they’re firing on all cylinders. They’ve pulled off some great wins over the St. John’s Knights and GW Geckos, but also had some tough losses, including a loss to the same Titans they will face this Friday.

Academy’s senior group leads their line-up, which could play a factor in their “all or nothing” mentality. Middle Laressa Halladay and Theisen Taimanglo are always dangerous with a collective group of hitters who have been given the green light.

The Titans aren’t going to make their run easy with lethal hitters like Y’lisiah-rai Jorda, but playing in front of their home crowd is a big plus for the Cougars.

A coaching change in the middle of the season didn’t slow down the St. Paul Warriors as they’ve now climbed to the 2nd seed of the Taga Division. The Warriors gave the Royals a three-set battle as well as collecting wins over the Cougars and Geckos to prove their play isn’t a fluke. Their length behind Niah Siguenza and Monica Giger is tough to deal with.

The Geckos have the talent to roll with anyone in the league, and of course, the ‘Bobbi Quinata factor’.

Geckos setter Kiyoko Afaisen has developed solid chemistry with her hitters, often turning to Lyric McGill and middle Evita Laguana in the ‘must score’ moments. No matter who is lined up against GW, head coach Bobbi Quinata will have the girls putting out their best efforts.