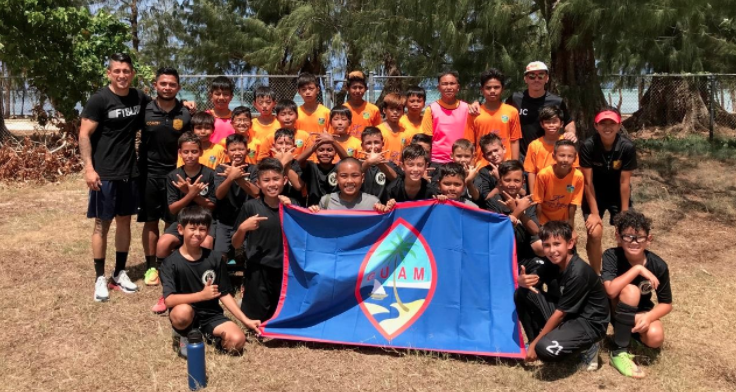 Kanoa FC and ZES FC faced off on Tuesday morning at San Antonio Middle School Field. Rama and Baker scored for ZES FC during regulation with Rama’s goal in the middle of the second half and Baker’s shot forcing the deadlock. Kanoa FC’s Markus Toves registered Kanoa’s first goal and Jim Maniago made the second one.

Tied 2-2, it all came down to penalty kicks. Beau Perez started things off for ZES FC with a goal, followed by E.J. Manibusan and Gavin Baker each adding another point. Kanoa also drew three goals from Daniel Mar Pablo, Taehun Hahn, and Markus Toves. ZES’s Donovan Moss made the fourth point making it 4-3. The next attempt was missed by Kanoa. Rama made the final score sealing the victory for ZES FC.

The teams took part in pre-tournament futsal games on Sunday which consisted of eight 5v5 futsal matches at the TSL Sports Complex. ZES FC players fared well considering they played twice as many matches. ZES FC split its players into two teams with ZES 1 winning over both Southern United FC and Mantansa FC. Southern United tumbled to ZES 1 with an 8-0 victory behind the three goals of Flanagan. Moss added two goals, while Manibusan, Sablan, and Diaz each added one. Against Mantansa, ZES 1 was victorious with a 3-2 win with Sablan drilling all the visiting team’s goals. Sherwin Gin and Alex Megino recorded the pair of goals for Mantansa.

ZES 2 also prevailed against Southern United, 4-1, with Rama tallying two goals and Baker and Perez posting one each. Kenneth Palacios delivered the lone goal for Southern United. ZES 2 faced Mantansa FC and settled for a 1-1 draw, Tan Holdings and Kanoa defeated both ZES 1 and 2.

This event was created to enhance the training of the ZES FC players, develop friendships and cultural exploration. The tournament was made possible with the assistance of Saipan hosts represented by Mr. Jerry Tan, Ms. Merlie Tolentino and Coach Christy Villaflor.