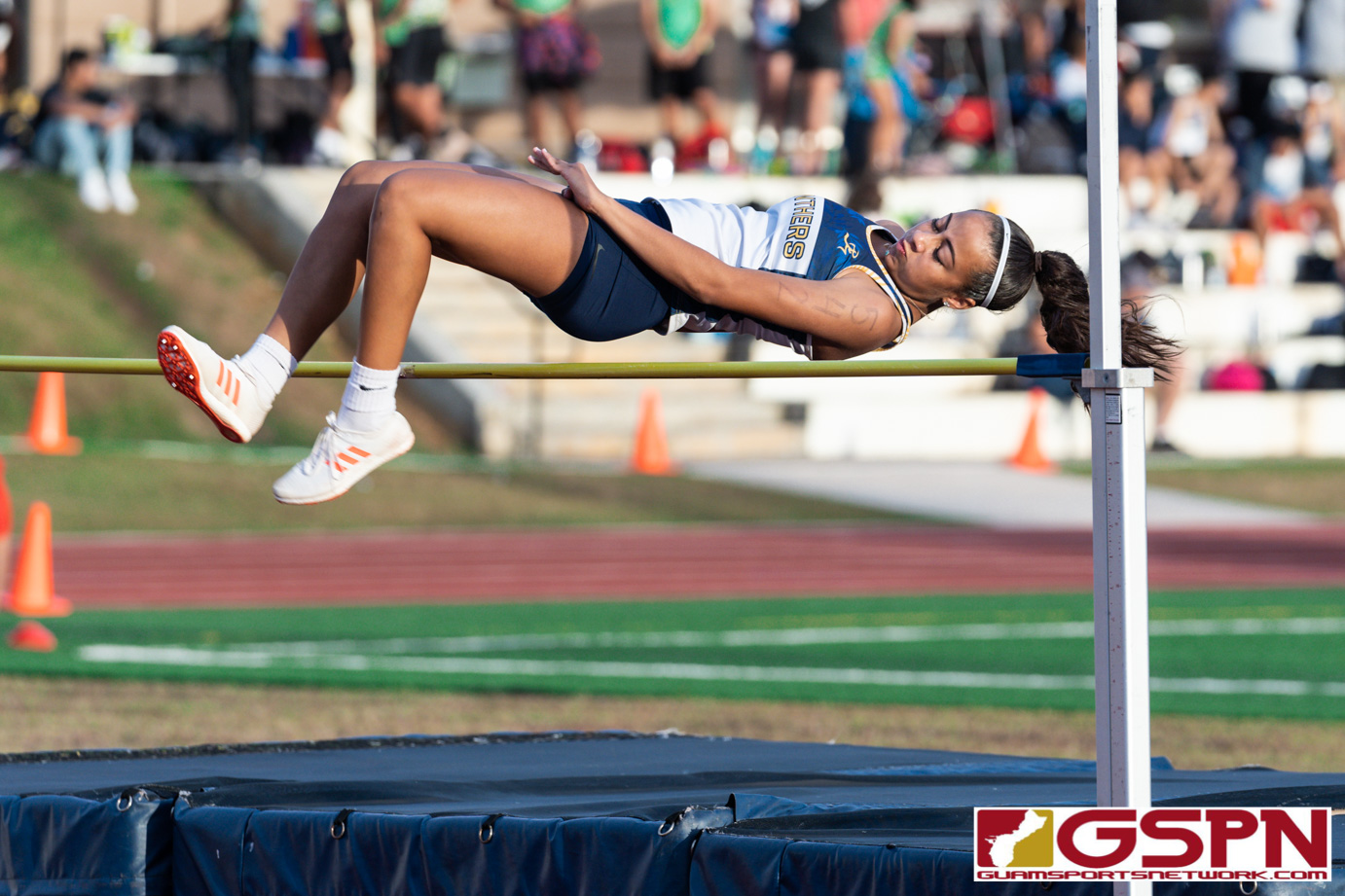 The second meet for the IIAAG Track and Field league is in the books and the process went much smoother than week one. Last week, there were a couple of delays with the gate at Guam High and other minor issues with holding the first meet of the season but all was smooth Friday night.

The defending champions in both the boy’s and girl’s divisions, the Guam High Panthers, continued to look strong backed by stars Jeylyn Dowdell and Alexia Brown. With the guidance of head coach Joe Taitano, the Panthers look to contend for the double title once again.

Dowdell leads the way for the boys with strong performances in the short distance events, the javelin and the long jump.

Dowdell jumped the farthest in the long jump in meet two with a distance of 5.41 meters.

Brown said the Panther girl’s team will have a tougher time trying to defend their title, however, she is confident they will place in the top 3.

“The boys have a great shot at taking it (championship) once again because they have been sweeping events. The girls may have a harder time because we are lacking the numbers we had from last season. We don’t have certain girls (participating) in an event which hurts because we don’t get points for that event,” said Brown.

Brown celebrated a PR (personal record) Friday night in the triple jump after achieving the distance of 9.8 meters.

Southern High also looks much improved and will be a contender for a top 3 finish as well. Zach Wolfe won both hurdle events (110 and 300 meters) for the Dolphins. Wolfe his team is much improved from last year and he personally looks to get on the medals podium for the hurdle events.

“I got a PR today in the hurdle events,” said Wolfe. “Overall we getting better with every practice and we are all getting along.”

Having a strong meet two were the St Paul Warriors and St John’s Knights. Cross country champion Brandon Miranda and Madison Packbier lead the way for the “Saints” squads.