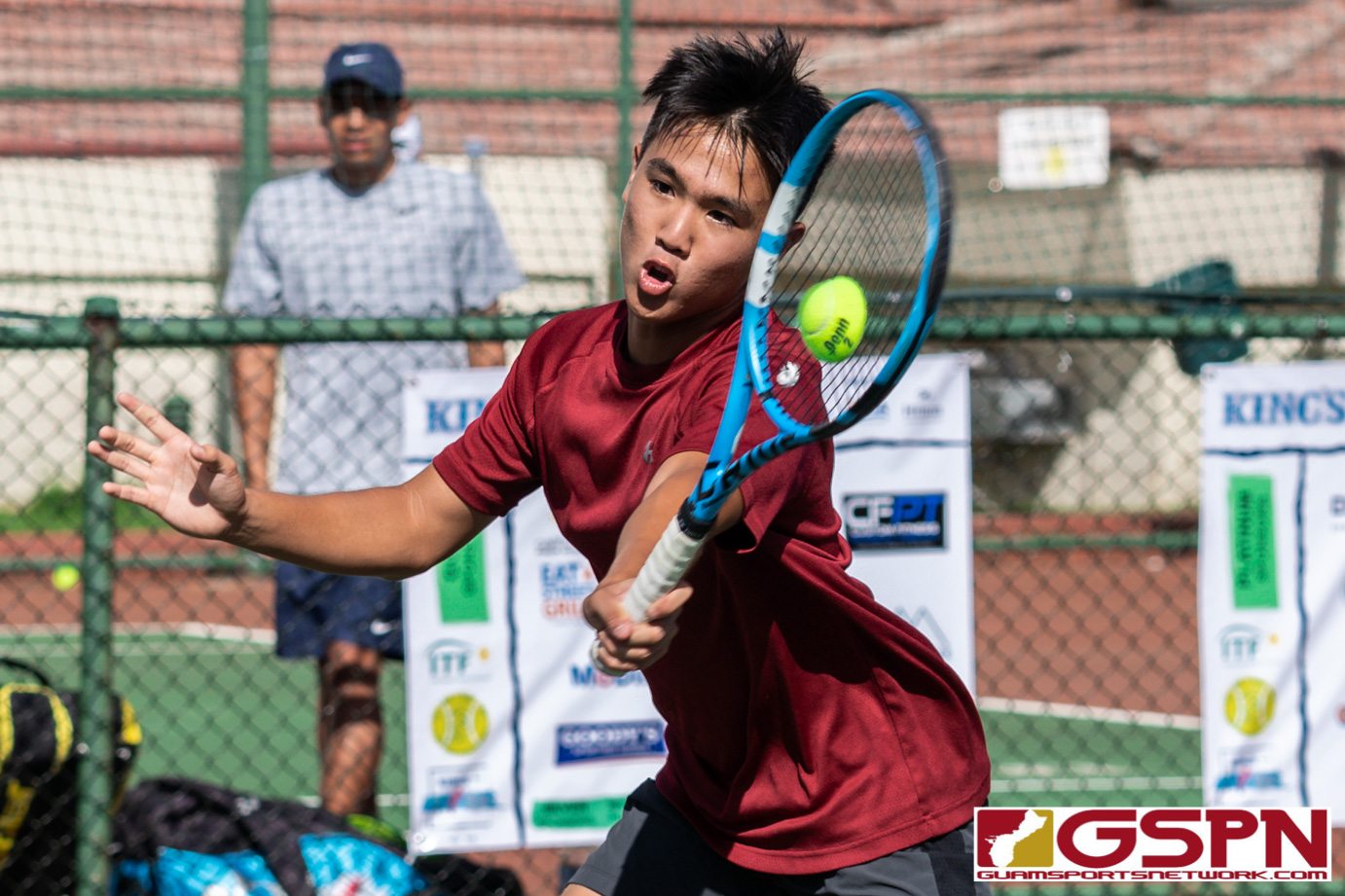 The tournament runs all week long with the doubles finals wrapping up Saturday while the singles matches will final Sunday.

The featured double match was between local high school stars Camden Camacho and Mason Caldwell. Camacho was paired up with Australia’s Jake Delany while Caldwell shared the court with Korea’s Jack Son.

The tournament run doesn’t quite end for Caldwell as he, and Camacho, begin their tourney singles run Wednesday morning.

Top seeded singles player Jordi Samper Montana from Spain was tested in his first round against Thailand’s Palaphoom Kovapitukted, being forced into a third set where he would eventually win 6-2, 4-6, 7-5.

Caldwell (6) begins his singles run against Kento Takeuchi from Japan. Camacho will play Japan’s Soichiro Moritani in the first round.