On Wednesday, August 13th, Aidan McDonald signed his official letter of intent to play Division 1 Volleyball for the Grand View University Vikings in Iowa. The signing was held at the FD Phoenix Center, where McDonald has played volleyball for the past four years as a Friar. 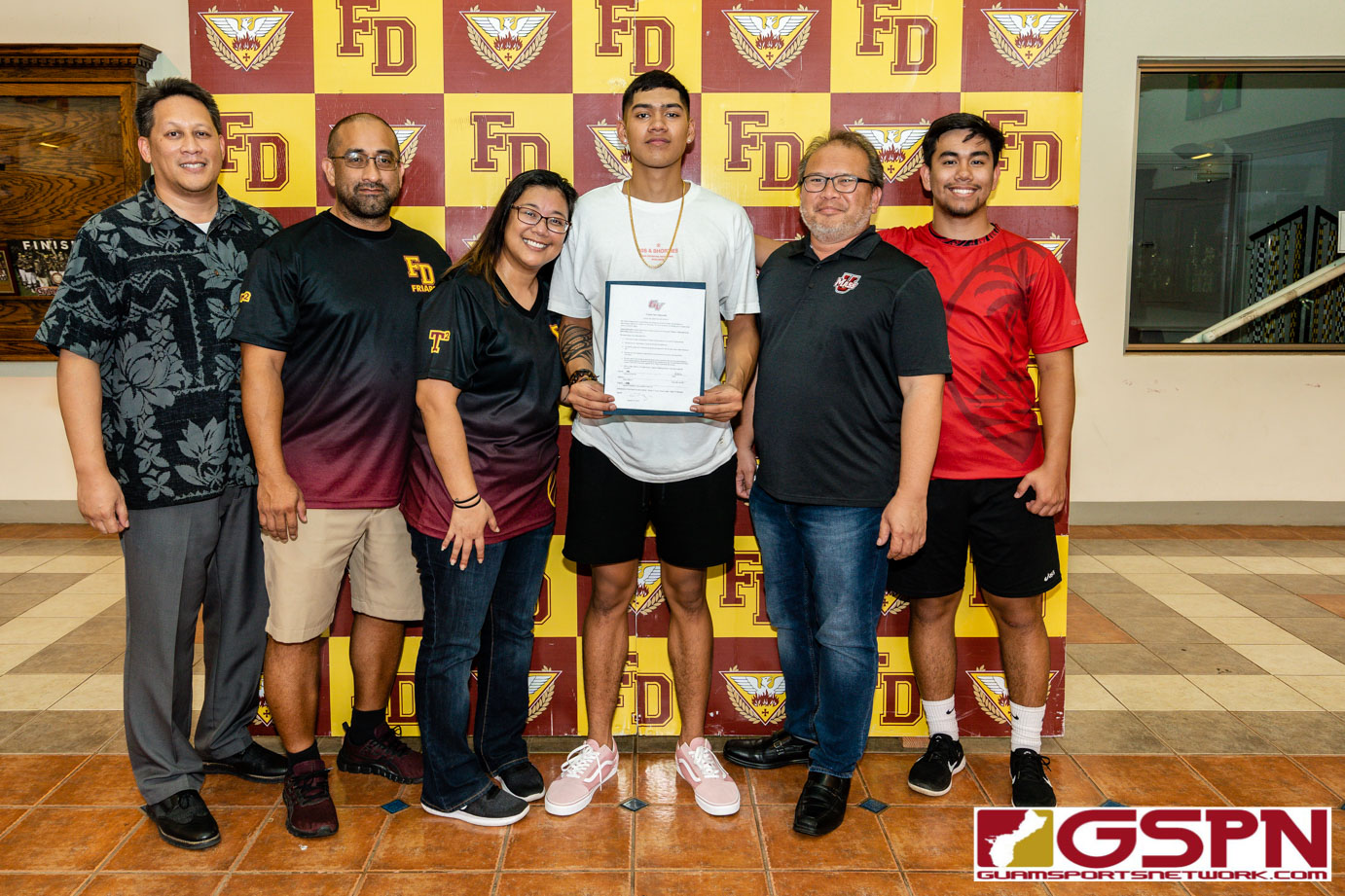 On Wednesday, August 13th, Aidan McDonald signed his official letter of intent to play Division 1 Volleyball for the Grand View University Vikings in Iowa. The signing was held at the FD Phoenix Center, where McDonald has played volleyball for the past four years as a Friar.

The FD standout came off of a stellar MVP season, where he led the Friars to their third championship in four years. Although McDonald attended Majesty Christian Academy, he positively impacted Father Duenas’ athletics program in many ways. Aside from dominating in volleyball, McDonald was also a force on FD’s baseball and basketball teams.

“Of course, this is a huge opportunity for me. All my loved ones have been encouraging me and I’m going to use that as motivation while I’m out there.”

In attendance at the signing, were Aidan’s family and friends, as well as FD Head Coach Steve Pangilinan, FD principal Ismael Perez, and Pastor Bill Maunsell from Majesty Christian.

There is a common stigma that Guam athletes cannot compete, are too small, or are not athletic enough to make it to the next level of sports. But in recent years, our athletes have refuted this stigma and have shown that those willing to put in the work are capable of playing at the next level. With McDonald signing to play D1 for a top tier school, it once again shows why this stigma is just a myth,

“At the end of the day, it’s all about putting in the work and staying committed. Stay true to the game, whatever sport it may be, and your dreams will definitely be achievable.”

McDonald heads to Iowa on Monday in what can be described as a bittersweet feeling for him. He loves the island of Guam and finds it hard to leave behind his family and friends. But he also understands that this is a huge opportunity that can open up doors for him in the future.

Aidan closed the interview thanking friends and family for their unwavering support in his journey to play collegiately.

GSPN wishes McDonald the best of luck as he enters into a new journey attending college and playing volleyball while representing the island of Guam.