GDOE ESPORTS League crowned their first champion, the Tiyan Ronins. We sit down with the team and the league commissioner on how the ESPORTS League all went down! 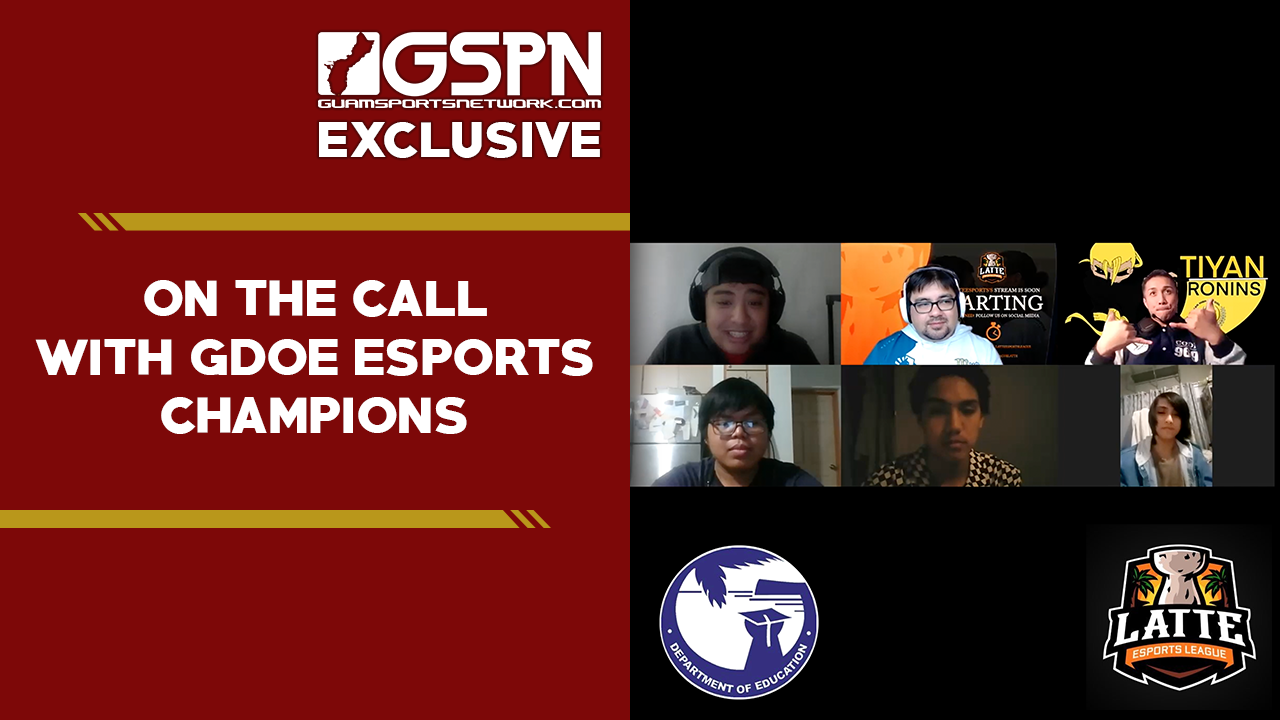 Follow all the ESPORTS Action on their Twitch Channel: https://www.twitch.tv/latteesports

PRESS RELEASE: The Guam Department of Education (GDOE) Interscholastic Sports Association (ISA) crowned its first ever ISA esports champion on Saturday, May 31, 2020. The Tiyan High School Ronin bested all teams in a single-elimination tournament held virtually around the island.

“We are happy that we were able to provide this for our students and we look forward to esports becoming an exciting addition to the ISA league,” GDOE Superintendent Jon Fernandez said.

The finals featured a matchup between brothers and coaches. Ron Labrador was at the helm for the top-seeded Ronin while his younger brother Francis called the shots for second-seeded JFK Gold.

“The strategy was mostly to capitalize using our strongest player ‘Renin’ as the training beacon for improvement,” said Ron. “I set up training camps and I utilized the strongest player to expose their weakness towards their teammates and they would challenge each other with that knowledge. It isn’t just a game against each other, but a lesson every time.”

Falling short in the final match, JFK Gold’s coach had kind words for his team’s effort to make it to the finals.

“They all felt comfortable training together online, despite the situation we are in. The entire tournament had a positive atmosphere as well,” said Francis. “I am truly glad to be a part of this movement.”

ISA esports commissioner Ken San Nicolas watched the matches online and organized the streaming of some of the games. “The playoffs had its share of upsets, although a few of the front runners showed why they were so consistent throughout the season,” said San Nicolas.

The semifinals featured exciting matches with the Gamin’ Geckos taking on the Ronin and JFK Gold challenging the Megasharks.

“Simon Sanchez did surprisingly well,” said San Nicolas. “They finished the regular season in the bottom half of the ladder but upset third-seeded Okkodo Red in the first round and nearly pulled off another upset against JFK Gold.”

“The league so far cast a light on the team dynamic of the pilot program. But next week Wednesday, Thursday and Friday, players will have the opportunity to showcase how their skills have grown as they compete for individual accolades. We are excited to see how that plays out,” added San Nicolas.

According to San Nicolas, the C players compete Wednesday, B players Thursday and A players (each team’s top athlete) will compete on Friday as they fight for bragging rights in the single elimination bracket. All-Star games start at 4 p.m. on all days with the finals concluding between 6 to 7 p.m.