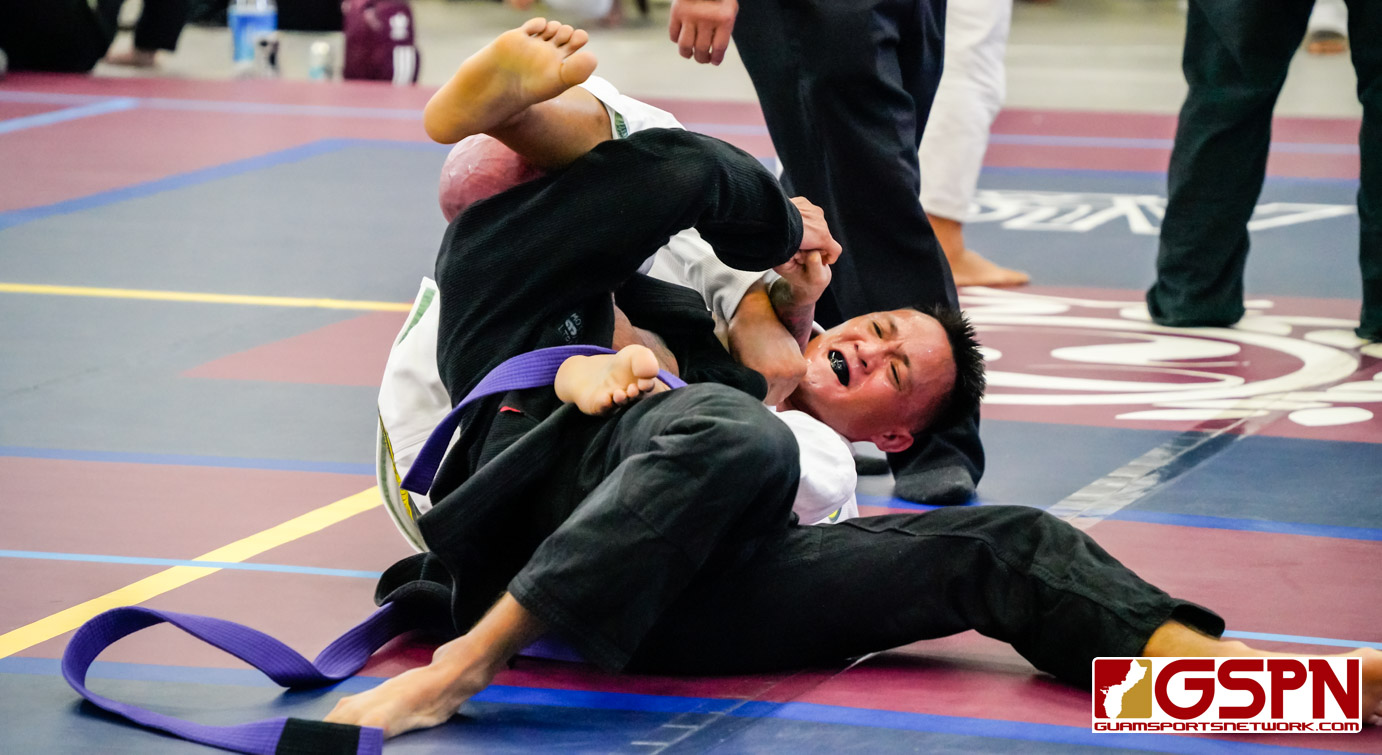 A packed Tiyan High gym Saturday had a feel of normality as the Marianas Open hosted its first jiu-jitsu tournament post COVID era.

Just eight months after opening its doors, ATOS Jiu-Jitsu Guam led by head professor Mike Carbullido made a major impact on the island’s BJJ scene by winning both the adult and kids/teen divisions.

For more than nine hours of competition, 336 athletes representing 11 teams showcased their skills from hours, days, years of training.

Professors and coaches walked around the four competition mats coaching up their teams and eventually losing their voices, congratulating those who won and consoling those who didn’t.

Anthony Cruz, the 2019 GSPN Athlete of the Year, took the top individual prize with a bow and arrow choke of Oliver Cruz in the black belt absolute finals.

“I’m actually disappointed in the fact that I know I could have made better decisions to improve my results,” Cruz said. “I also would have loved to have more black belts challenge themselves and sign up to compete.”

Only three black belts competed in the open black division.

HERE ARE ALL THE RESULTS