Lack of sleep affects performance but not outcome 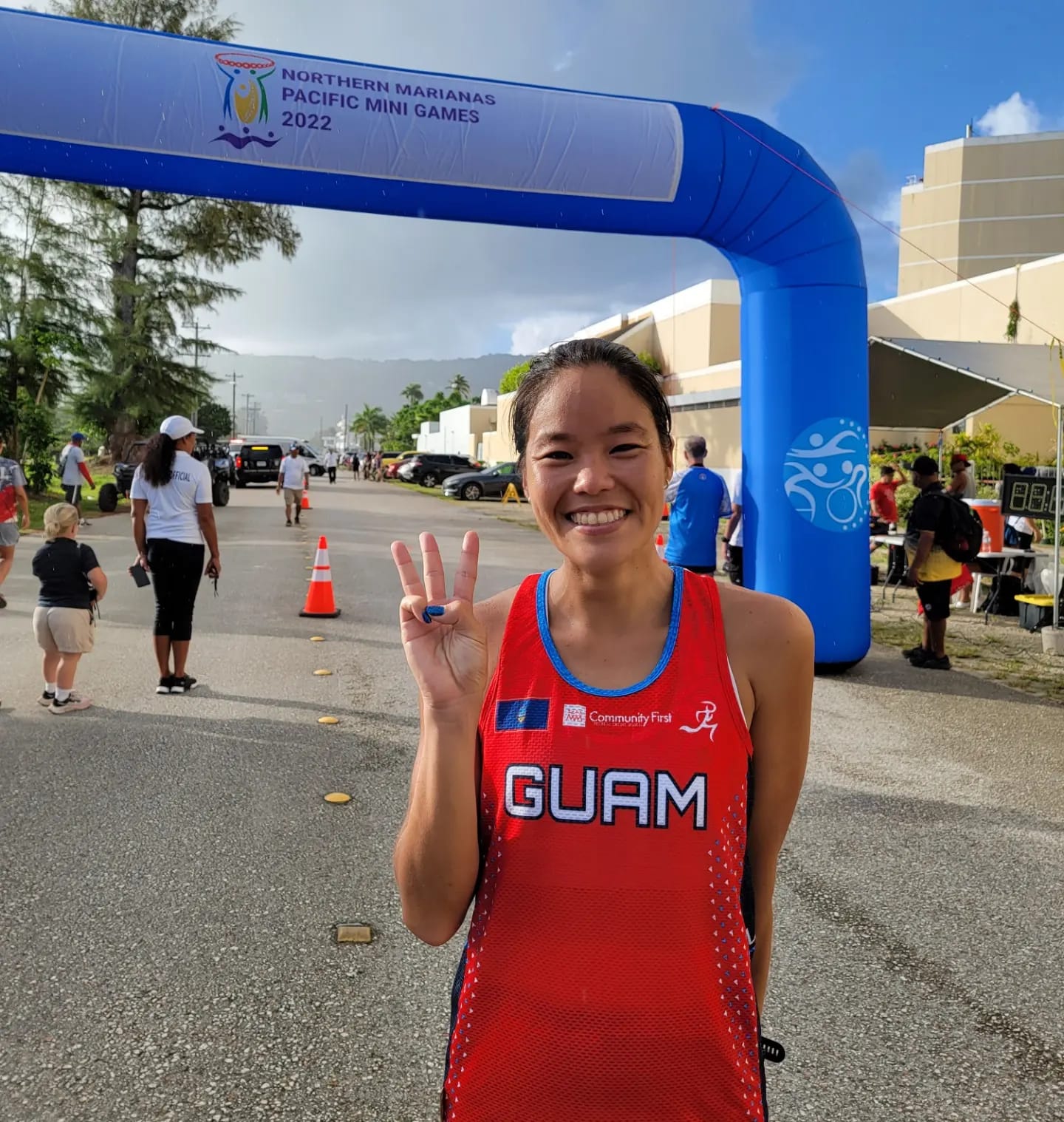 SAIPAN – She makes it look easy almost all the time, smiling throughout her races. This time, it was different.

Manami Iijima-Martin won the half marathon Saturday morning in the final event of the 2022 Pacific Mini Games, her third gold of the week, but not without serious mental and physical challenges.

With the event having a start time of 5:30 am, Iijima-Martin said it just wasn’t a good feeling from the beginning, feeling sluggish and not fresh because of her lack of sleep the previous two nights.

“I didn’t sleep well for two days and that caught up with me at about mile nine,” an exhausted Manami said. “I thought I got passed at the finish, but I didn’t. So all is well.”

On the way back to Micro Beach toward the finish, she even stopped for probably 30 seconds in exhaustion. As she crossed the finish line, she slowly fell to a turtle position in obvious pain beyond exhaustion.

“I think today felt harder than a Half Ironman. It was definitely because of the lack of sleep.”

Despite the sluggish performance (in her eyes), her awesomeness was still good enough to bring home the gold.

After taking the sprint triathlon on Monday and aquathlon on Wednesday in Luta, it’s time to get back home to be with her dogs.

Iijima-Martin will leave Saipan with more hardware added to her collection with her three gold. In the 2006 Micronesian Games, she scooped up 10 medals (7 gold) in swimming as a youngster before evolving into a pro triathlete.

Ryan Matienzo came in 6th place at one hour, 19 minutes, 29 seconds. Matienzo said the front pack was super fast and he was just glad to catch up to some runners after the turn. Derek Mandell finished 12th at 1:28:18. Arthur Toves did not finish.

The course started and finished at Micro Beach and ran along Beach Road with the turn by World Resort in Susupe.

The half marathon concludes athletic events for the Games with only the Closing Ceremonies left to wrap things up here in Saipan.