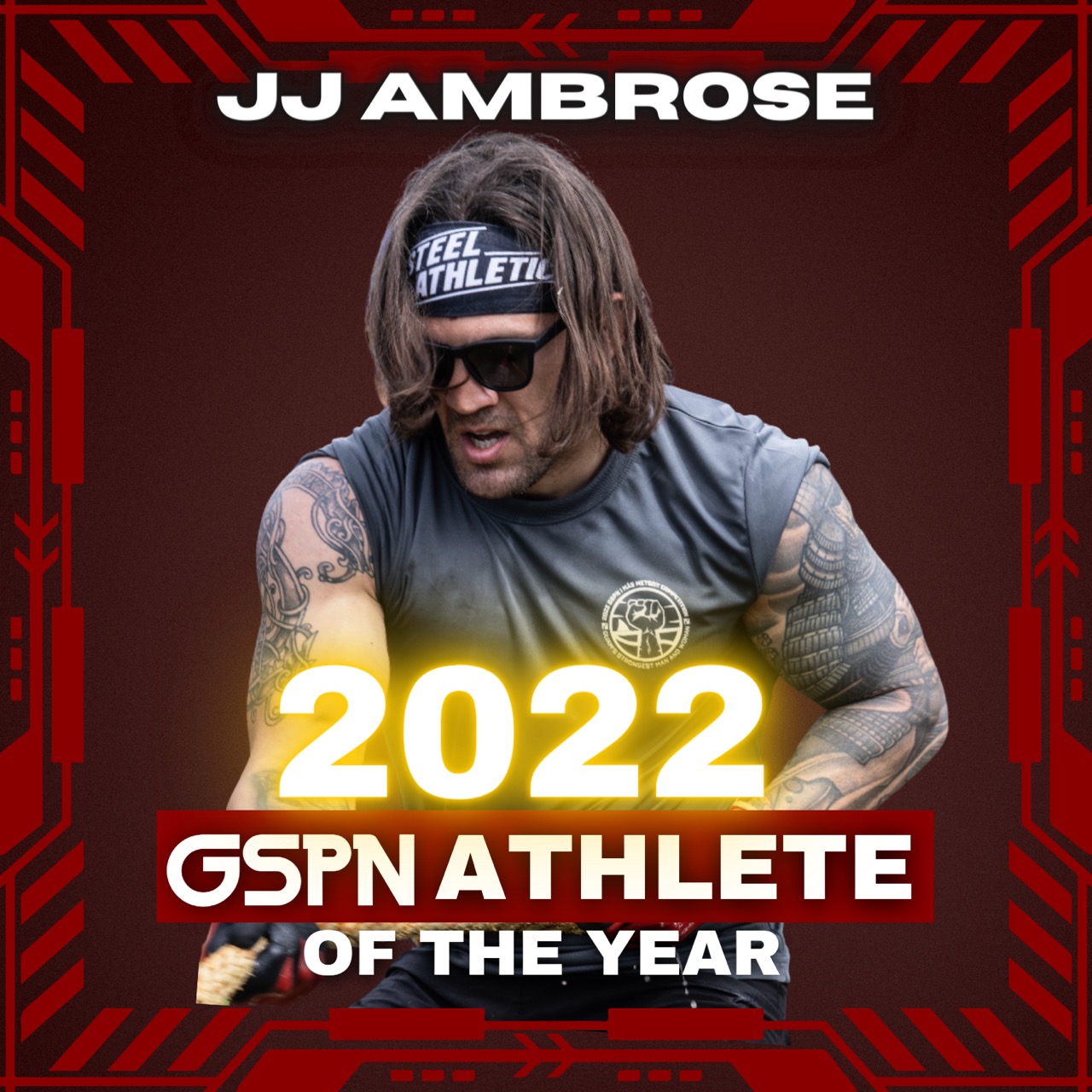 JJ ‘Superman’ Ambrose used 2022 as a year to do anything and everything fitness related. The success (and the attempt to succeed) earned him this year’s GSPN Athlete of the Year, truly personifying the word athlete.

As the owner of Steel Athletics gym, Ambrose led from the front by participating in rigorous fitness competitions, a boxing exhibition, jiu-jitsu tournaments, MMA pro fights and even the I Mas Metgot Strongman Competition.

In May, Ambrose won black belt gold in a big jiu-jitsu tournament in California. He also medaled in the Marianas Open and Copa de Marianas.

In June, he took on Alex Castro in an exhibition boxing match that packed the house in Glorified Sparring 9. Proceeds of the event that JJ hosted went to charity. The very next morning, he led his fitness team to a first place finish in the inaugural Functional Fitness League. Steel eventually won the Affiliate Cup as the best team overall in the new FFL.

Then in the fall, GSPN gets a message from JJ saying that he wants to compete in the Guam Strongest Man Competition in October. Any normal ‘lightweight’ would’ve been denied entry, but Ambrose’s pedigree earned him a spot in the Strongman event. Competing against monsters almost twice his size, Ambrose held his ground and came in a respectable 4th out of 5 competitors. This after just a week from competing in his second MMA fight of the year.

And to cap off the year, he competes in the New Years Eve fitness competition, taking the top spot in the Run the North fitness event.

Ambros truly personified what a true athlete is. Congratulations to JJ Ambrose for winning the 2022 GSPN Athlete of the Year.

PAST GSPN ATHLETE OF THE YEAR