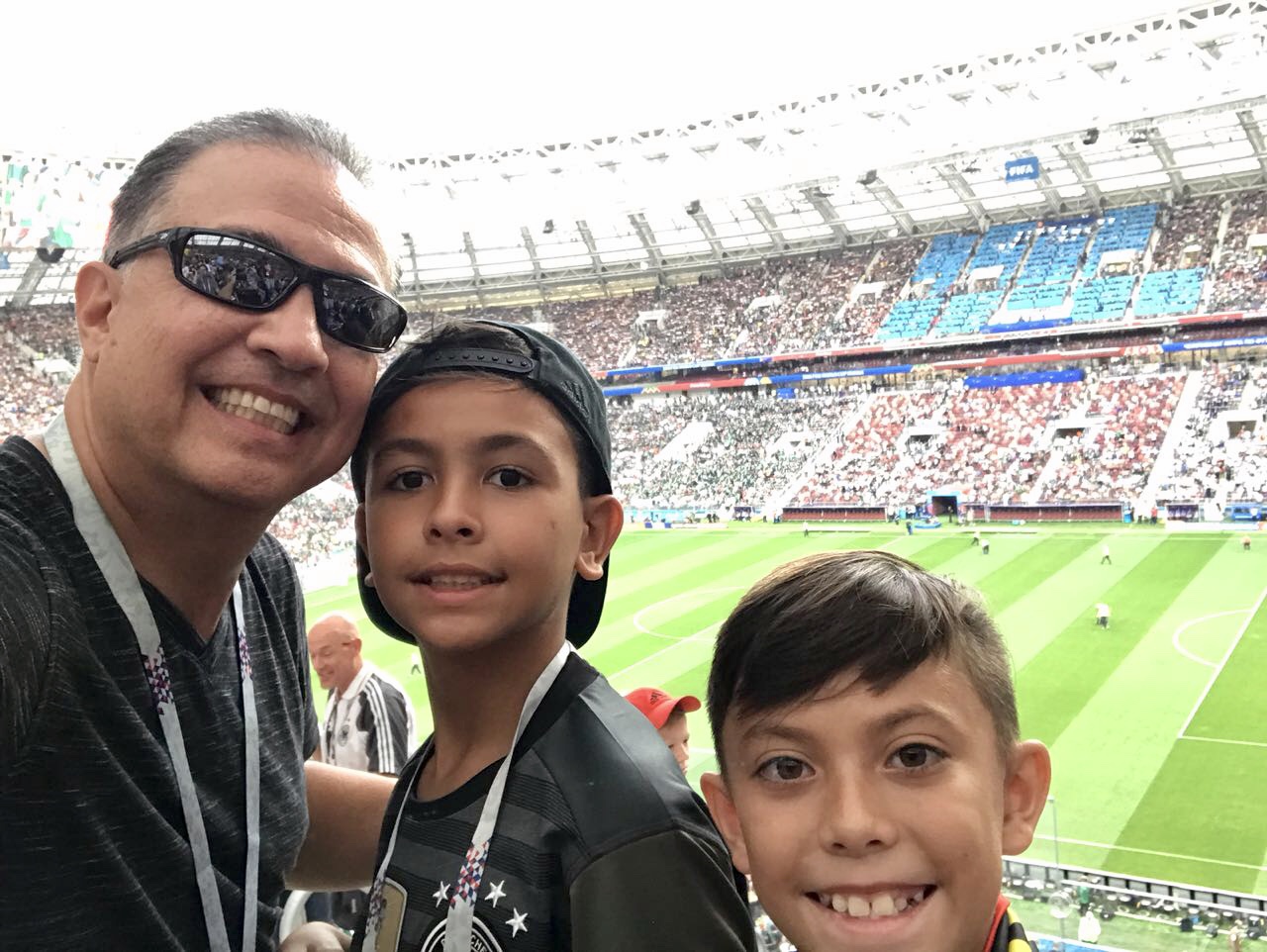 (11-year-old Raif Sablan is the GSPN correspondence to Russia, covering his first ever World Cup experience. This is Part IV.)

This morning we had breakfast in Red Square, then went on a hop-on hop-off city sightseeing tour. We saw so many interesting things like the Moscow River, famous churches and museums with beautiful architecture. We also learned that Moscow was founded in 1100 A.D. and is designed in a circle as an industrial city.

The current population is about 20 million people. That’s amazing!

After the tour we headed to Luzhniki Stadium. This was going to be a really big match with Germany vs. Mexico. The subway station was loud and full of chants mainly from Mexico’s fans. The entrance to the Stadium was very lively. When we finally got in we could see and hear the Mexico fans chanting and  the Germany fans waving their flags. This was definitely a game to watch with Germany world champs and Mexico, a young powerhouse team.

Minutes passed and, before the half, Mexico’s Lozano scored a goal.

The famous Bolshoi Theater, built in 1856.

The teams fought back and forth and it was very physical. Germany dominated control of the ball, but that didn’t seem to make a difference. Germany failed to find the back of the net and the underdogs prevailed as Mexico took the win! The match ended with Mexico fans cheering wildly and the Germans leaving disappointed. The final score was 1-0 Mexico.

Our next game will be Poland vs. Senegal with Poland favored to win. I’m looking forward to seeing Poland’s Robert Lewandowski and Senegal’s Sadio Mane.

It’s going to be a great game.