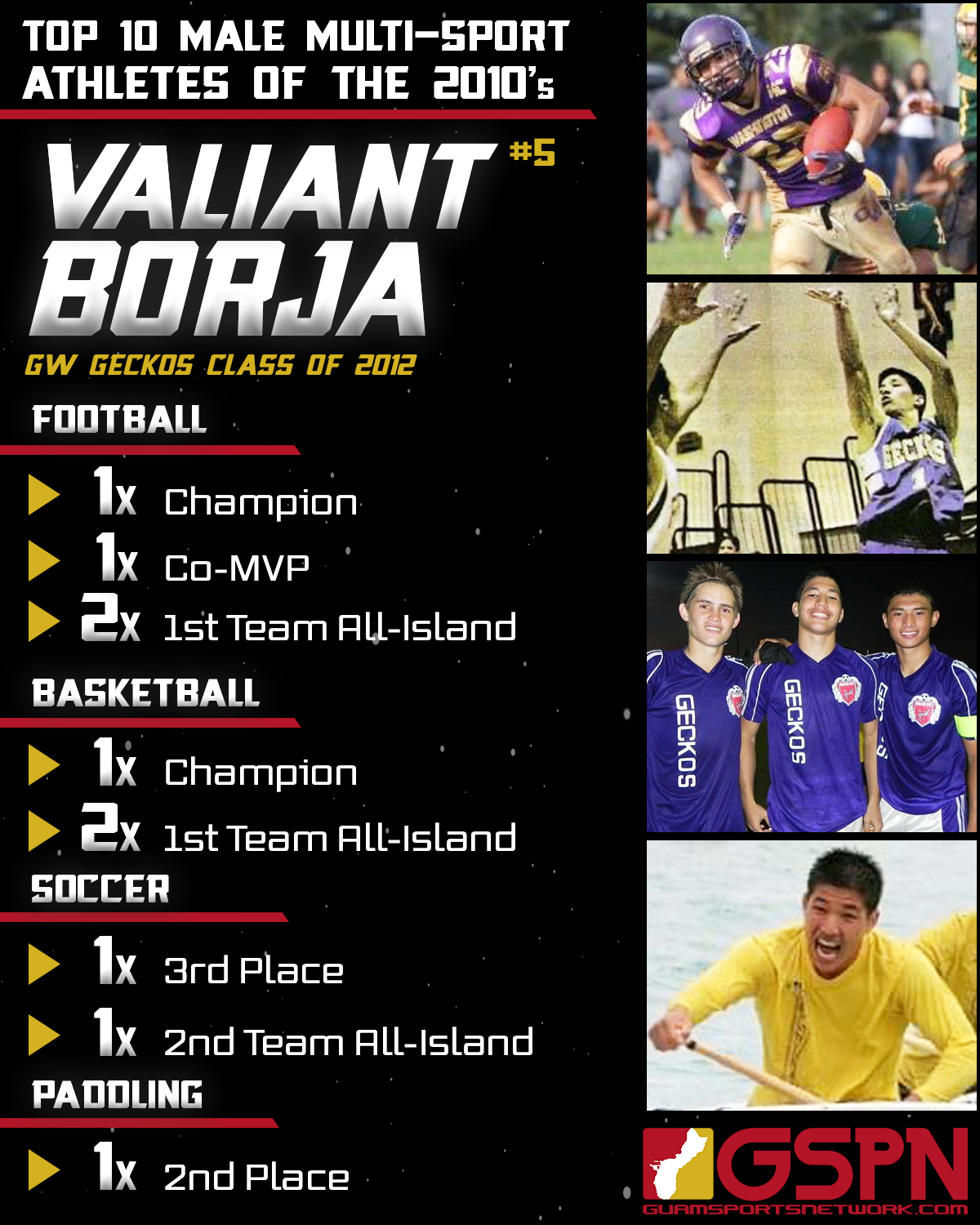 We continue the countdown with girls #5 Valiant Borja of the 2012 GW Geckos.

Valiant ‘VJ’ Borja was a ‘Swiss Army knife’ when it came to sports. He was a a big time difference maker in the secondary playing for the Geckos and was named CO-MVP his junior season, winning a title with the team in 2012. Borja was one of the best cover safeties in the league, but could also lay down punishing hits when needed.

In basketball, Borja was adept at finishing through contact, and was often relied on in pressure situations to get a big bucket. Even on the Geckos loaded championship winning roster, VJ’s play throughout the 2012 playoffs helped them reach the title game where they dominated the Friars. Since rugby and basketball were always in the same quarter, Borja couldn’t get to experience high school rugby.

VJ was as aggressive in soccer as he was in football, earning multiple selections as a 2nd team midfielder.

To round out his athletic lifestyle, Borja was also a staple on the Geckos paddling team finishing as high as 2nd place his senior season.