Five wrestlers are ready to roll and represent Guam with the 2018 Micro Games in Yap set to begin next week! 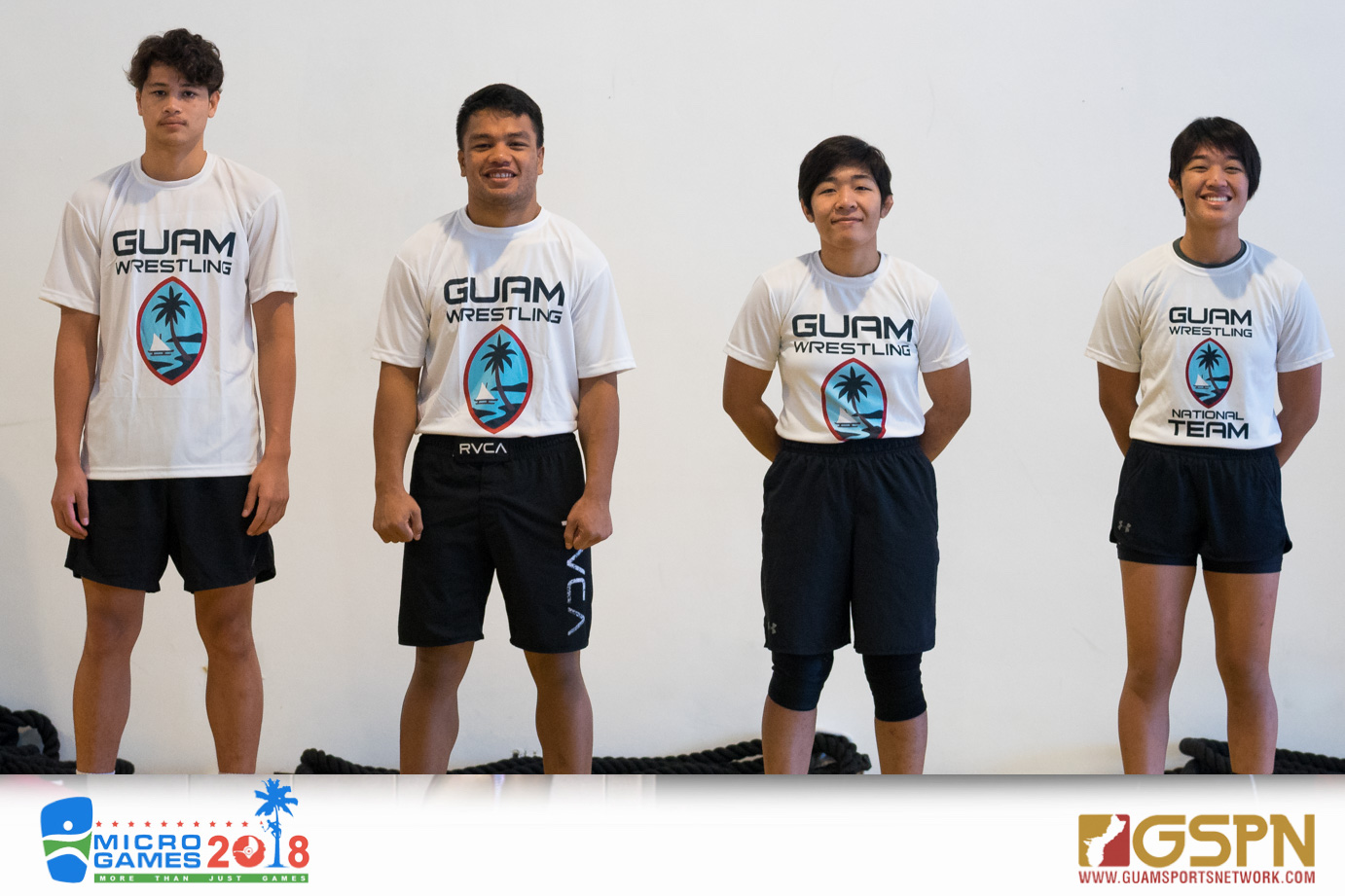 The 9th Micronesian Games is set to have their opening ceremony this Sunday at the Yap Sports Complex. One of the first sports to compete in the games will be wrestling. The Greco Roman wrestling event will start at 9am on Monday in Yap. Athletics, Basketball, Beach Volleyball, and Spearfishing will join Wrestling on a busy Monday to kick of the Games.

The Guam Amateur Wrestling Federation are sending five athletes led by Tony Aquino to Yap. The wrestlers departed on July 10th and are there to attend the opening ceremonies. All wrestlers representing Guam in Yap were Gold Medalists at the Oceania Tournament held last month at Leo Palace.

The wrestlers and weights are as follows:

Siblings to wrestle together once again

Sisters Mia and Rckaela will enter their first Micro Games and look to bring home some hardware. The female wrestlers will wrestle in the Freestyle events while some of the men will wrestle in both Freestyle and Greco Roman styles. Their father, Tony, is leading the contingent.

“We’ve been training partners since we were four or five years old. It would be strange not having her around. It’s an advantage for me because she’s a constant training partner and it’s special because we are both striving for the same goals,” said Mia Aquino about having her sister as a teammate.

The wrestling team was one of the first federations to depart to Yap. The team is currently getting acclimated with the facilities and is also working on their final stages of weight cuts. Preparation will be the same as any other tournament.

“This (competition) isn’t any different,” said Rckaela Aquino. “Regardless of what competition it is, we have a set training regimen. We only train one way, and it’s always hard.”

“No different feelings, I approach every competition the same way,” said John Rojas. Rojas will compete in the 70 KG freestyle division.

He is coming off a gold medal performance at the Oceania tournament as well as competing in the Asian Indoor Games in Turkmenistan.

“I feel confident with my wrestling and we will all perform the way (coach) Tony Aquino trained us to perform,” said Rojas.

“I really don’t look at those who I’ll be competing against, because I don’t let it affect the way I wrestle. That’s the way our coaches taught us to compete,” said Rckaela Aquino. “The mindset our coaches instilled into us was always train hard and train smart, everything else will take care of itself,” added Rckaela Aquino.

“Representing my island is something I’ve always wanted to do to the best of my abilities. I want to show our Island that we are at world level and that competition on island isn’t the end,” said Rojas.

“Representing Guam is not very easy; it means putting aside parties and fun times to work hard and train. I love representing this island because the farther I go in competition the more athletes come out for training and also to compete,” said Rojas.