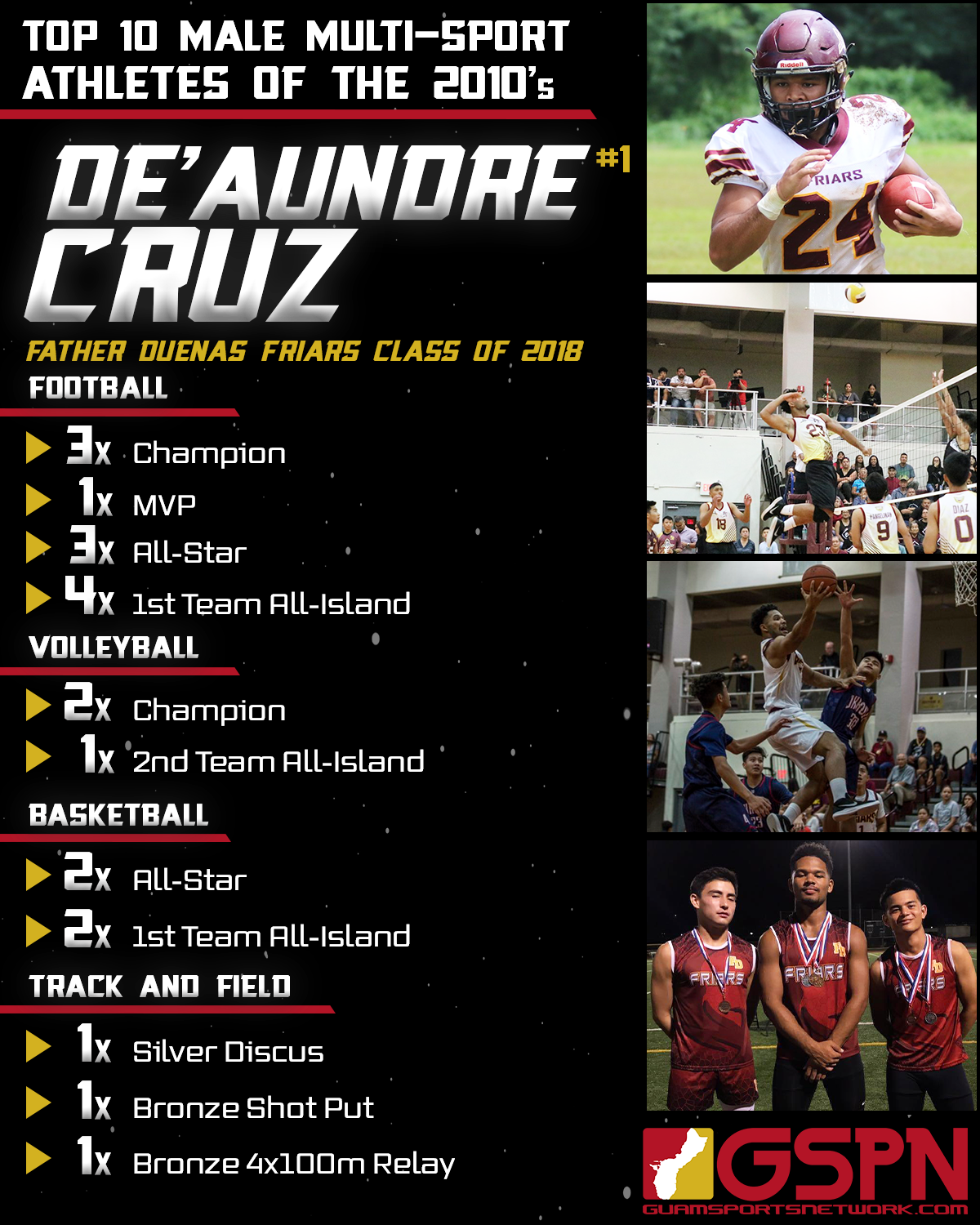 We’ve reached the top! Today we reveal the boys #1 De’Aundre Cruz of the 2018 FD Friars.

The amount of attention De’Aundre Cruz gets by just walking in the building is already a good indication of the kind of athlete he was. Physically built different than his peers, Cruz provided a great burst of speed and power in each sport he played that had many shaking their heads in disbelief of his athleticism.

A freakish athlete who dominated the football field as a running back. Realistically, Cruz could have excelled at any other skill position on the field, but the Friars were content at handing him the ball and watching him run past, and often times through people.

Cruz would amass a 100-yard multi-touchdown night before halftime during most nights and the coaching staff used him conservatively, letting him play just two quarters before retiring him for the night. Cruz was a four-time starter for FD, playing a huge part in their dynasty over the years. A league MVP with light mileage had fans clamoring over what kind of numbers he would put up given the green light to play a whole game. The Friars would retire Cruz’s number at the end of his senior season.

Cruz was a middle blocker in volleyball and he proved to have a stellar leaping ability which aided in the team’s two titles his sophomore and senior season. Cruz really took over in the championship games, recording five monstrous blocks to stun the unbeaten Geckos in 2016 and then a handful more in the team’s dominant win over the Titans in 2018.

De’Aundre had played basketball as a youth and he was committed to the Friar basketball program where he developed into a double-double machine. He was the teams starting center and provided a bruising presence down low while providing consistent points in the paint. Cruz was voted as the leagues best center for two straight years, with the Friars unable to capture a title during his run, taking 2nd place twice.

Cruz often contemplated suiting up for rugby, which would have undoubtedly ushered in more accolades given the Friars three-year reign, but his commitment to basketball would keep him on the court.

Cruz would give Track & Field just one go as a junior and he’d still find his way to the podium taking 2nd in the discuss throw and two bronze medals in the shot put and 4×100.

Post high school, De’Aundre transitioned to linebacker playing in junior college, and his next venture is to make it to a DI program before eventually taking a shot at the NFL.

“It feels amazing knowing that I was selected amongst all the multi-sport athletes within the last decade. I feel very accomplished and proud I was able to excel in all the sports I played and that it didn’t go unnoticed!”