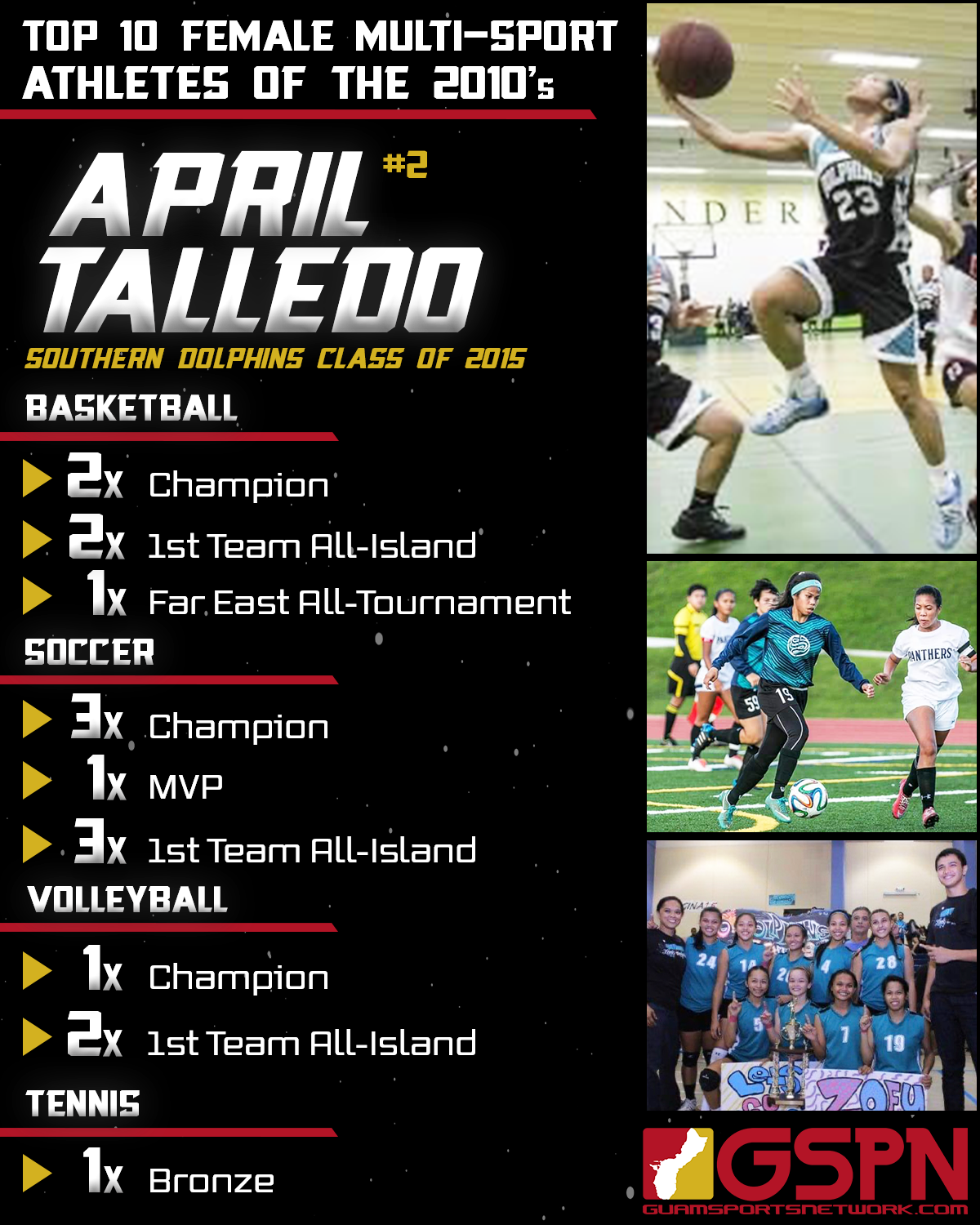 We continue the countdown with girls #2 April Talledo of the 2015 Southern Dolphins.

Don’t be fooled by her small stature, Southern’s April ‘Speedy’ Talledo has proven to be the most dangerous person on any field or court she steps on. Talledo might also be the most overlooked athlete as she’s appeared to be second, and sometimes third, fiddle when it comes to the selection of individual accolades. That hasn’t phased her one bit as she has only been concerned about winning championships, something she’s found repeated success in every year.

After the Paige Surber era, April came in and gave the Dolphins an immediate successor in soccer. She would capture MVP her senior season while completing a third straight successful title run, scoring the game’s lone goal in the championship game, one of her many ‘big-time’ moments. She wouldn’t be denied the recognition in soccer, being selected to 1stTeams for three years.

When it came to basketball, she proved to be nearly unstoppable. You’d be surprised to hear she was left off 1st Team selections, let alone had never won an MVP award, despite her dominance. April made her statements in the playoffs, leading the team in scoring all throughout while coming in clutch in both 4th quarters against the Cougars and Bulldogs in back-to-back championship games to grab two consecutive titles. Talledo was big off-island as well earning a spot in the Far East All-Tournament Team.

Talledo became the Dolphins most consistent hitter and her leaping ability played big in the teams ability to keep pace with the best of the league. The transition to volleyball proved another successful venture, winning a title with the team her sophomore season.

April’s first year playing tennis resulted in a bronze medal finish in doubles. She had never picked up a racket before giving it a go her senior year, but her winning ways would continue hitting 3rd place in the All-Island Tournament.

“I’m just shocked I made it… Congratulations to everyone else on the top list!#stayhome#staysafe”